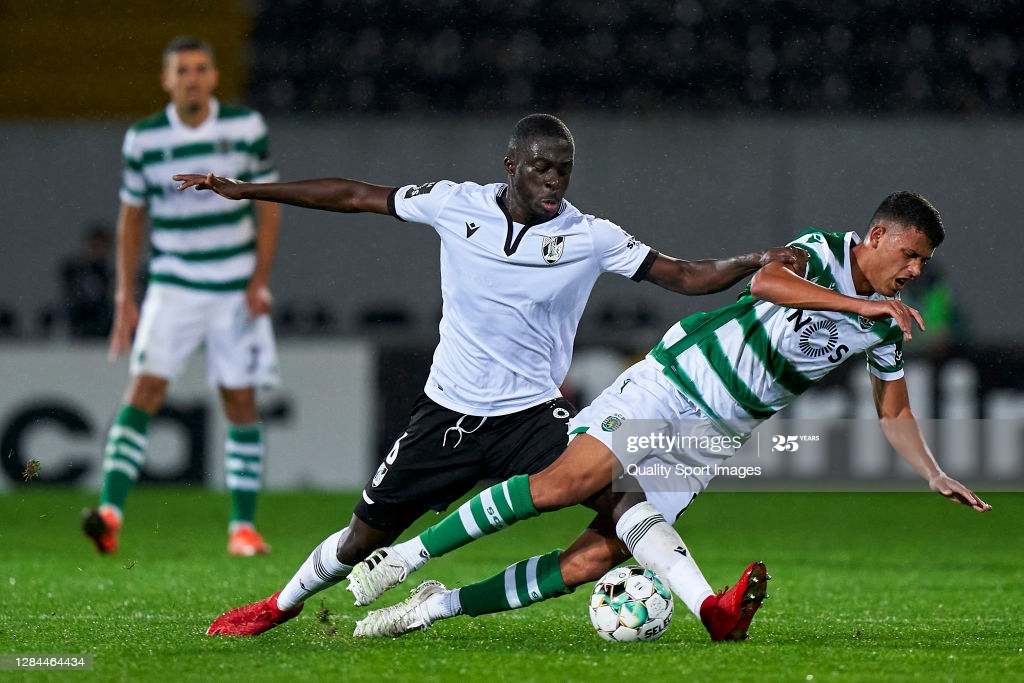 Ghanaian defender Abdul Mumin has been impressive for Portuguese top-flight side Vitoria Guimaraes and  is currently second on the list with the most appearances for the club in the ongoing campaign.

The 22-year-old since joining Guimaraes from Danish side Nordsjaelland has been a pillar at the defense for the Guimaraes.

Mumin has excelled in various positions at the back where he has been deployed to.

He currently holds the record as the second central defender with the most games of the season, a total of 26, 23 of them in the Liga, 22 as a starter, just behind Jorge Fernandes, with 30 matches.

In the ongoing season Mumin has made 23 appearances in the Primeira Liga for Vitoria Guimaraes.