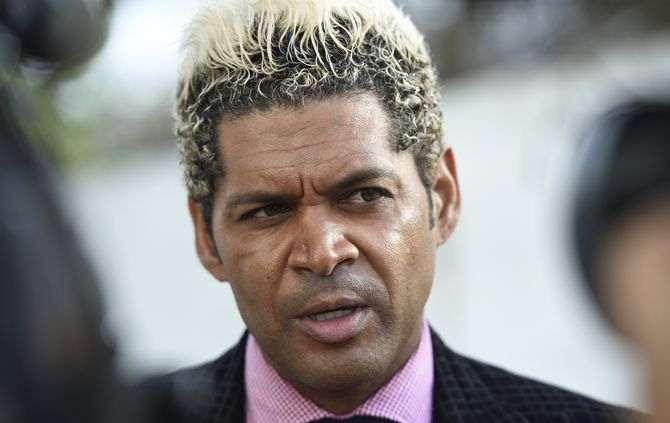 His goatee and peroxide mane were easily recognisable as a player. Now at 43 years flamboyant former Portuguese international Abel Xavier is set for a baptism of fire in his first game as coach of his homeland Mozambique.

Bottom-of-the-table Mozambique take on Group H leaders Ghana in a 2017 African Cup of Nation qualifier on Thursday in what will be Xavier's first match since signing a two-year contract in January.

It is a mammoth task for the former defender turned coach who during his career played for 12 clubs in eight different countries including Everton, Liverpool, Roma and Benfica.

The African minnows are already trailing with two defeats in two games, with his first game in charge against four-time winners Ghana - runners-up to Ivory Coast in 2015.

"We're going to fight," Xavier told AFP during an interview in a Maputo hotel where he is staying as he awaits a permanent home.

"It would be a big mistake to believe that we do not have our chances. The players have the will to improve."

Xavier, whose trademark during his time on the pitch was his bright blonde hair, started his career at the Portuguese club Estrela da Amadora in 1990. He then moved on to play for several other clubs in Europe and abroad including Benfica, PSV Eindhoven, Liverpool and Everton before winding up with the Los Angeles Galaxy.

After finishing his playing career in 2008 at Galaxy alongside David Beckham, Xavier said he would not choose between Portugal "the land where I grew up" and played for 20 times and Mozambique "the country where I was born".

His first coaching jobs were in Portugal with lower league sides Olhanens, Farense and Aves, the latter firing him early this season after a series of loses.

"I had a happy footballing career, it is said that a coach is more fickle," said the much-travelled footballer who aspires to one day leading a big European club.

"I have my ambitions. I am a realist, and I know that with the right attitude, the right people and commitment things happen naturally."