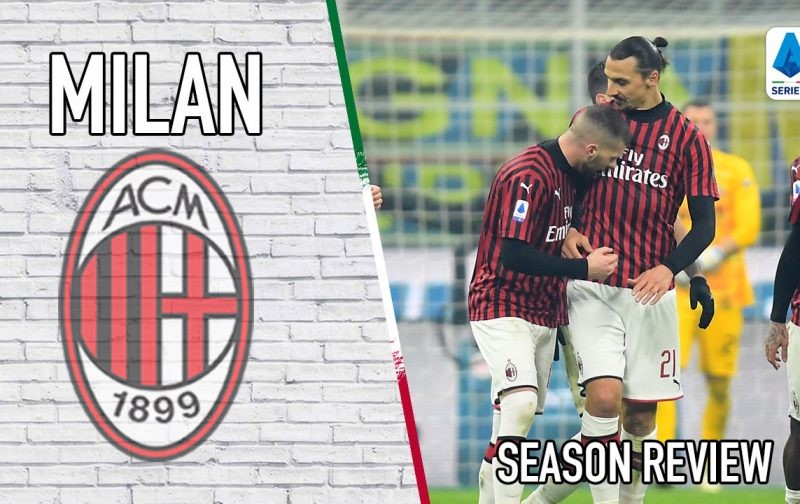 For so long the 2019/20 season threatened to be one to forgot for long-suffering AC Milan fans, until the team exploded into life in the closing stages.

The Rossoneri endured a miserable start to the campaign and it seemed certain that the malaise of the past decade was set to continue, but sensational form in the final third of the season gives renewed optimism.

Where once a top half finish looked beyond them, Milan comfortably secured sixth place and Europa League qualification after going unbeaten in the 12 matches since the post-coronavirus resumption, winning nine in the process. There is life in the Diavolo yet.

Player of the Season: Gianluigi Donnarumma The young goalkeeper has endured a mixed relationship with Milan fans over the years, but appears far more settled and his performances demonstrated as such. A model of consistency, Donnarumma was critical in the first half of the season in particular as Milan struggled for goals.

As Milan look to rebuild after a turgid few years, Donnarumma appears to be the keystone to any future success and his performances this term have only strengthened his claim as one of the world’s finest goalkeepers.

Fittingly, he enjoyed his 200th appearance for the Rossoneri against Sassuolo in July, some five years after launching himself into the spotlight with his debut as a 16-year-old against the same opponents. The iconic Swede returned from a stint in MLS with a view to reviving his old team in January, and achieved that with some style. Despite being 38 and joining a squad that was trudging through a forgettable season, Ibrahimovic proved the catalyst to Milan’s complete turnaround in the latter part of the campaign.

Bringing leadership and inspiration to a floundering team, the striker’s experience and reading of the game brought the best out of Hakan Calhanoglu and Ante Rebic, as the Rossoneri’s strike force clicked into gear.

Ibrahimovic netted an impressive 10 goals in 18 appearances as Milan were rampant post-lockdown, and his comeback, some eight years on from leaving the club for Paris Saint-Germain, gave the Diavolo renewed optimism. Marco Giampaolo took the helm last summer after a fine stint at Sampdoria, but a slow start saw him axed after just seven games. In stepped Stefano Pioli to little fanfare but the former Lazio tactician has done a fine job in steadying the ship.

Despite early struggles, Pioli guided Milan to a sixth-place finish after sublime form post-lockdown and has made a success of what looked to be a hospital pass early on. Indeed, his stellar performance saw long-term plans to bring in Ralf Rangnick scrapped at the death in favour of rewarding Pioli with a contract extension.

Milan came flying out of the traps post-lockdown and were unfortunate to crash out of the Coppa Italia at the semi-final stage to Juventus, having played almost the entire second leg with 10 men.

Yet it was in the league fixture against in early July that proved the catalyst for their stunning end to the season. Just days on from taking Lazio apart in a 3-0 victory, Milan overturned a 2-0 deficit to thrash the champions 4-2 and prove their credentials against the big boys.

Inspired by Zlatan Ibrahimovic and Ante Rebic, the Rossoneri were rampant and picked off uncharacteristic errors in defence with ruthless precision, as their new look attack clicked into gear effortlessly. Off the back of two huge wins against Scudetto challengers, Milan would only drop four more points. The Giampaolo tenure will go down as one to forget for the Rossoneri faithful, and one that thankfully is starting to become a distant memory. The Switzerland-born tactician caught the eye with a wonderful season at Sampdoria but looked doomed from the off as he made the switch to the San Siro.

Marred by reckless ill-discipline, as Milan racked up an appalling four red cards in his seven matches on the bench, Giampaolo laboured to just three unconvincing wins and were soundly beaten by Inter in the Derby della Madonnina. Pioli has slowly but surely steadied the ship and the Diavolo look better for it.