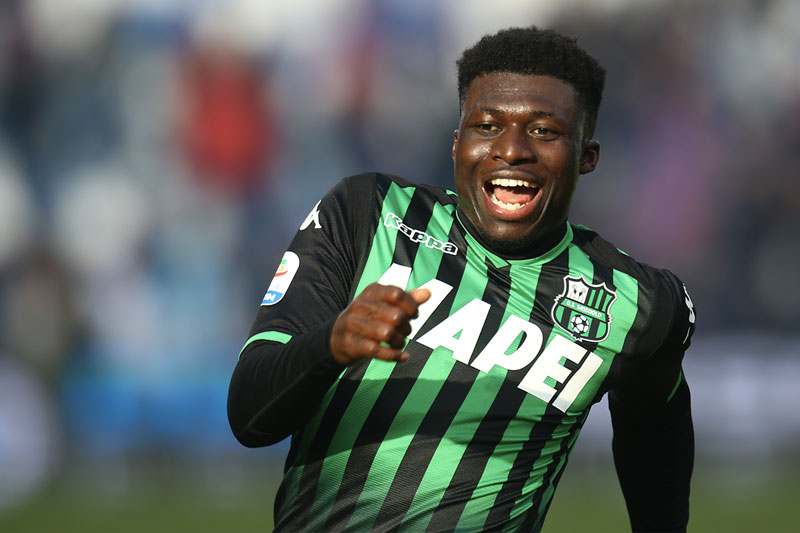 AC Milan have entered the race to sign Ghana midfielder Alfred Duncan from Sassuolo in January.

According to reports in Italy, Duncan is likely to leave Sassuolo this winter window. The club values him at 20 million euros.

Several clubs have been linked with him, but Fiorentina are said to be the frontrunners. Head coach Giuseppe Iachini is keen to reunite with Duncan, whom he coached for one season at Sassuolo.

Ghanaosccenet has now learned that AC Milan are showing an interest in Duncan as they prepare to dip into the transfer market for new signings.

Duncan was acquired for only €6million in 2015, a good deal as he has gone on to solidify Sassuolo’s midfield and act as a foil for more attacking players like Manuel Locatelli and passers like Francesco Magnanelli before the arrival of Pedro Obiang from West Ham United in the summer.

He has registered 5 assists and tallied 1 goal in 13 league games for the Neroverdi in the ongoing campaign.

Duncan is in the final year of his contract with the club.