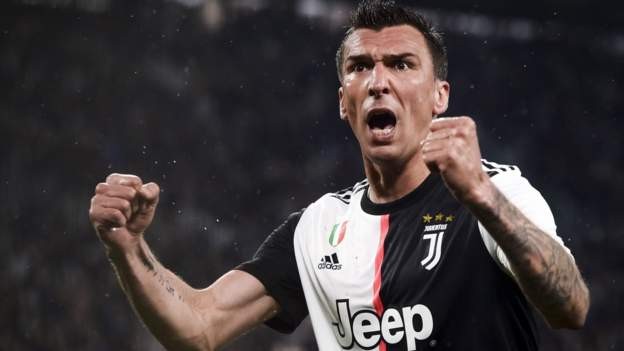 BBC Sport understands that the 34-year-old forward is arriving in Milan shortly ahead of doing his medical.

The Croatian international has been without a club since leaving Qatari club Al Duhail in July 2020 and the Italian side look to have beaten off competition to sign him.

Milan have also been linked with a move for Chelsea centre-back Fikayo Tomori.

The England international, 23, has fallen down the pecking order under Frank Lampard this season and it is understood there is a possibility that a move to the San Siro could happen.

Mandzukic, a Champions League winner with Bayern Munich in 2013, helped Juventus to four Serie A titles between 2015 and 2019 and also played in the 2018 World Cup final with Croatia.

He will become Milan's second signing of the winter transfer window following the arrival of French midfielder Soualiho Meite, 26, from Torino on a loan deal with an option to buy.

Former Atletico Madrid forward Mandzukic will sign a short-term deal that could be extended.

Milan, who travel to Cagliari in Serie A on Monday, are three points clear of city rivals Inter Milan at the top of the table.