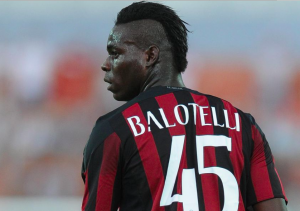 Forgotten AC Milan forward Mario Balotelli has stated that he is prepared to fight for his career with both his club as well as the Italian national team.

The Liverpool-owned enigma has struggled with injury and form again this season, sliding down the Rossoneri pecking order and disappearing entirely from Italy coach Antonio Conte’s plans heading into this summer’s European Championship, but the 25-year-old insists he can once again become a significant contributor for club and country.

“In the final eight games of the season I will do everything in my power to win a place with Milan next season and with Italy for the Euros,” Balotelli told La Gazzetta dello Sport.

The once-coveted hitman has managed only a single goal and is without an assist in 14 Serie A matches this season.

Milan are back in action on Sunday afternoon when they visit Atalanta at the Stadio Atleti Azzurri d’Italia and Balotelli will be hoping for another chance to prove his qualities.