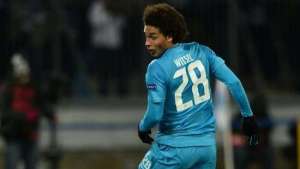 Consistently linked with AC Milan, Zenit Saint Petersburg midfielder Axel Witself has outlined his determination to leave the Russian club in the summer.

Having played his career outside of Europe’s top five leagues, the former Benfica man is keen to kick up a level and make the most of his playing days as he enters his late 20s.

“My idea is to leave Russia in the summer,” Witself told Dhnet.be. “The elimination against Benfica in the Champions League left a bad taste in my mouth.

“For now we have to concentrate in the league, there are nine games left. We can and must come back from being six points behind CSKA Moscow.”

With his contract due to run out in 2017, the Rossoneri will face stiff competition from at home and abroad to sign the coveted central midfielder.