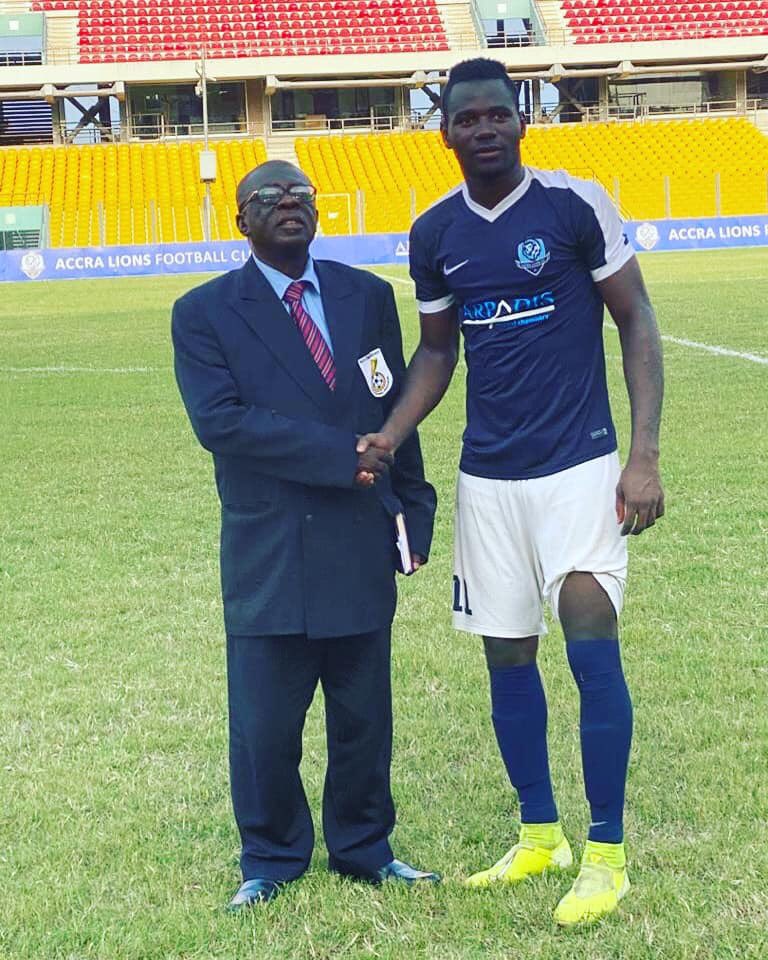 Hamidu won the Man of the Match award
Share

Accra Lions continued with their impressive recent form in the Division One League after snatching a late 1-0 win over experienced campaigners Nania FC.

Talented midfielder Fatawu Hamidu was once more the hero for the ambitious club as he struck with seconds left to secure the important victory over the club owned by legend Abedi Pele.

It was the third league victory in a row for Lions after Wednesday's match as both teams ended the first half without managing to produce any serious attempts on target.

However, the second half showed why the Lions pare serious contenders for the top ranks in the Division One League when they displayed their dominance over the former FA Cup winners.

Despite carving open a host of chances, the Lions had to wait until the 93rd minute when a genius pass by Joseph Amoah became the all-important breakthrough to allow Hamidu's last-gasp winner.

Hamidu, a Ghana youth international, won the man-of-match award following his impressive showing throughout the game played at the Accra Sports Stadium.

Lions hope to continue on their winning ways as we will be hosted by Tudu Mighty Jets on Saturday.