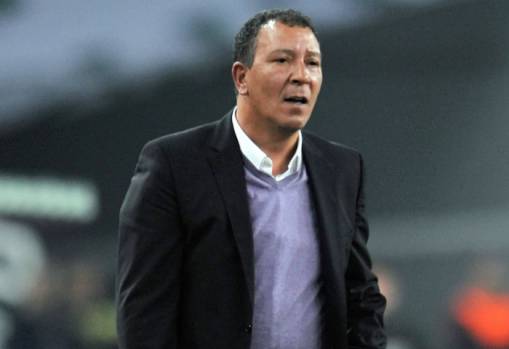 Abu Dhabi: Al Jazira coach Henk Ten Cate does not expect his side’s defeat against Iran’s Tractorsazi to have a major impact on his team as the clubs prepare to meet once again in Group C of the 2016 AFC Champions League on Wednesday.

The Tabriz club notched up an impressive 4-0 win over the team from the United Arab Emirates, with Bakhtiar Rahmani scoring twice, but the Dutch coach is confident his players can bounce back after notching up a 1-0 win over Al Dhafra on Sunday to qualify for the quarter-finals of the UAE President’s Cup.

“The heavy defeat we had in the opening match will not affect the players negatively as the win against Al Dhafra, in addition to the performance of our players, was very good,” said Ten Cate (pictured).

“It will give us a good boost before the match tomorrow, where we hope that we can win and get the three points.”

Midfielder Abdulla Mousa is still a doubt after missing the first game against the Iranians due to injury, but Ten Cate’s biggest concern is fatigue due to his players’ challenging schedule.

“The match will be very difficult for us because it will be the fifth consecutive match in 15 days, which is a short period. The schedule is heavy for our players,” he said.

“We have tried to prepare well, especially on the mental side, as it is very hard to recover physically following the match against Al Dhafra on Sunday.”

Tractorsazi head coach Amir Ghalenoei has told his players not to dwell on the previous meeting between the teams as the Iranian side targets a place in the knockout phase of the competition.

“The win that we had in the first match doesn't mean that we will have an easy match tomorrow as Al Jazira have several good players,” said the former Iran national team boss. “The match will be hard because we will be playing against strong opponents who want to make a good comeback in front of their fans.

“Our players should be realistic and they have to completely forget the win that we had in the previous match. We still have five matches remaining in the group stage and we will be approaching each match carefully in order to get the maximum possible points.”