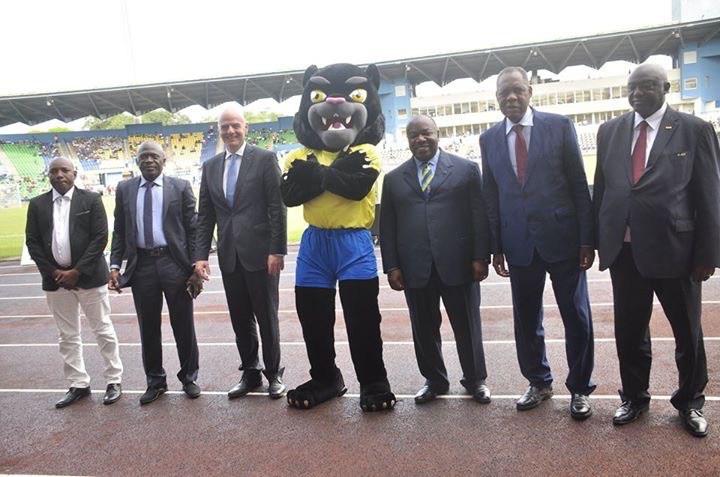 The official mascot for the 2017 African Cup of Nations (AFCON), a black panther named “Samba” was been unveiled at a colourful ceremony in the host country Gabon on Friday.

The event at Stade de Franceville preceded a friendly match between the host Gabon and Sierra Leone. The Black Panthers won 2-1, with goals from Pierre Emerick Aubameyang and Evouna Malick – Fofanah Sheka scored for the visitors.

“Samba” means “hello” and “welcome” in local Bantu language. The mascot was sporting the Gabonese national colors, blue and yellow.

The black panther is a national symbol for Gabon and demonstrates the Central African nation’s long term commitment to environmental protection which includes creating a sanctuary for the some of the world’s most fragile species.

“I’m thrilled today to see the Black Panthers play in this packed stadium where Gabonese from all walks of life are gathered to share their common passion for the game. Football, like no other sport creates a sense of unity equality and inclusion.” President Bongo said.

Gabon will be hosting the continental event for the second time, having previously co-hosted the competition with Equatorial Guinea in 2012.

Four venues will be used by Gabon for the tournament from January 14 to February 5,2017; these will be in Libreville, Franceville, Port Gentil and Oyem.