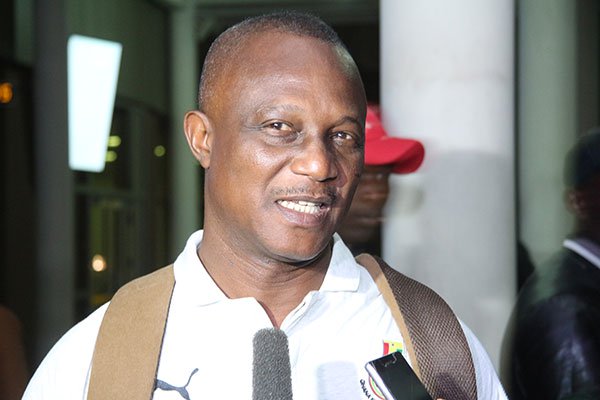 Black Stars coach Kwesi Appiah is upbeat about their chances of beating Ethiopia in the forthcoming 2019 Africa Cup of Nations qualifier.

The West African giants sit third on the Group F standings with three points, four adrift of leaders Kenya and one behind Ethiopia but with two outstanding games.

The four-time Africa champions had earlier thrashed the Walias of Ethiopia 5-0 at the Baba Yara Stadium, lost 0-1 away to Kenya and then had their double-header against the Leone Stars last month cancelled by the Confederation of African Football (CAF) due to FIFA's suspension of the Sierra Leone Football Association. A decision on those two matches is yet to be made by CAF.

According to Coach Appiah, the clash against Ethiopia in Addis Ababa on November 18 will determine their place at the finals next year.

"So far we have kept on monitoring our players and I believe that now the concentration has been on how best we can qualify as soon as possible. We have got two games ahead of us that we just need to get a win in Ethiopia and then we all can relax," Appiah told the Daily Graphic in an interview.

Appiah said he was hopeful that his preferred players would remain fit, as he names the final squad for the Ethiopia clash by the end of the week.

“We have had no problems as of now because the monitoring has been going on well. No injuries as of now, so hopefully by the end of this week we should look at the games and then bring out the final team for the Ethiopia game," he stated.

He will be assisted on the lines by his compatriots, Zakhele Thusi Siwela and Johannes Sello Moshidi.