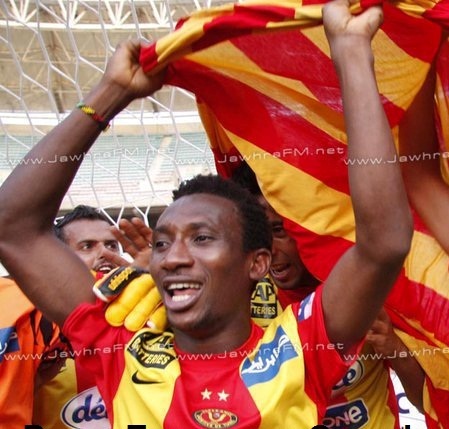 Tunisia-based Harrison Afful claims he is not disturbed after being left out of Ghana's provisional squad for the 2012 Africa Cup of Nations.

The Esperance versatile player was tipped to be in Goran Stevanovic's squad after clinching the Caf Champions League for the Tunis-based outfit.

Afful also featured in two matches for the Blood and Gold at the just ended Fifa Club World Cup in Japan.

But the Serbian trainer explained he picked untested Genoa teenager Masawudu Alhassan over the 25-year-old.

Afful says he respects the decision of the coach.

"I'm fit to play in any tournament as we speak," he told Goal.com. "However, the coach's decision is final."

"Ghana have a lot of talented players so only a few can make it to the Nations Cup. That doesn't mean those of us who couldnâ€™t make it are not good. I'm not worried and I still believe my time will come.

"If someone tells you I'm disturbed then that person is not being fair to me. I have a lot of confidence in the squad and I hope they'll return with the ultimate. Thatâ€™s most important and not about personalities," the former Asante Kotoko player said.

Afful was a member of the Ghana squad which won silver the 2010 finals hosted Angola.