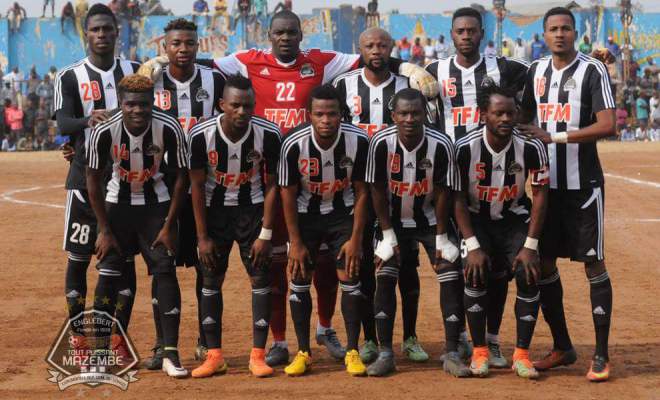 The starting date for the 2020/2021 Confederation of African Football (CAF) club competitions has been changed a second time and midweek fixtures will be reintroduced.

A CAF official confirmed Tuesday that the latest kick-off date for both the Champions League and Confederation Cup competitions is Friday November 27.

Originally, they were set to start on August 7, then pushed back to November 20 because of the coronavirus pandemic.

The other dates in both competitions remain unchanged with the first Champions League matchday on February 12/13 and the Confederation Cup series beginning on March 10.

After six matchdays come two-leg quarter-finals in May, home-and-away semi-finals in June and single-match finals in July.

Four of the 15 Champions League rounds will be staged on Tuesdays or Wednesdays as CAF battles to find match dates in a calendar that must also accommodate national teams.

Six of the 17 Confederation Cup rounds are also scheduled for midweek with three offering clubs a choice of playing on Tuesday or Wednesday and three others on Wednesdays.

Most participants will be unhappy at the prospect of having to stage CAF matches during the week as the system did not work when previously enforced a few years ago.

The sight of tiny crowds dotted around huge stadiums gave the incorrect impression that there was little interest in the competitions.

To reduce electricity costs and avoid the risk of power outages that are common in African countries, many clubs played matches in the afternoon during work days.

This meant that the majority of supporters could not attend because a traditional working day in Africa ends around 1500 GMT.

Afternoon kick-offs did not suit the footballers either with matches often played in stamina-draining temperatures of 30 degrees Celsius (86 Fahrenheit) or higher.

This problem applies to even the most powerful clubs with TP Mazembe of the Democratic Republic of Congo — winners of 11 CAF titles — playing midweek matches in the afternoon.

To date, 49 clubs have qualified for the Champions League and 43 for the Confederation Cup, the African equivalent of the UEFA Europa League.

Heading the Champions League line-up are Al Ahly, whose 0-0 draw with Al Ittihad in Alexandria Monday ensured them of a top-two finish although they have seven games to play.

Ahly have been African champions a record eight times and face Wydad Casablanca of Morocco during October in the 2019/2020 semi-finals.

Zamalek of Egypt and Raja Casablanca of Morocco are the other semi-finalists and both are likely to be back in the elite competition next season.

There will also be numerous debutants, including Forest Rangers, a Zambian club who qualified despite 28 of the staff testing positive for Covid-19 when the season restarted.