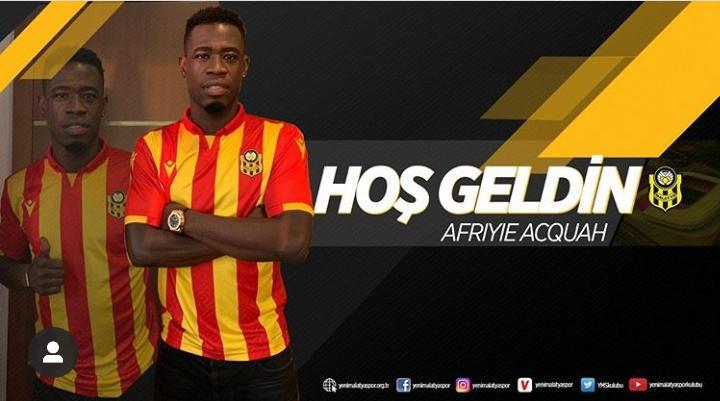 Ghana midfielder Afriyie Acquah is set to receive €1 million net per season in his new contract with Turkish club Matalyaspor.

The 27-year penned a two-year deal with the option to extend for one year on Friday after completing a successful medical test.

GHANAsoccernet sources indicates that Afriyie Acquah had receive offers from Goztepe , who had offered €800,000 per season, for his signature.

Acquah joins the Blood and Gold outfit as a free agent after his contract with Italian side Empoli came to an end in June.