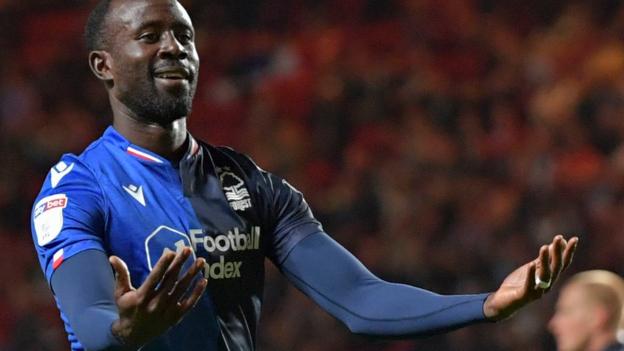 Ghana forward Albert Adomah could not hide his joy after coming off the bench to salvaged a point for Nottingham Forest against Charlton Athletic on Wednesday.

With Forest losing 1-0, Adomah climbed off the bench to hit home crucial equalising goal earning them a 1-1 draw against Charlton Athletic at the Valley.

It was the 31-year-old’s first competitive goal for his new club and ensured Forest took a point from a game in which they perhaps didn’t deserve to do so.

“It’s always good to come off the bench and make an impact, just like Sammy and Samba did at Leeds so I’m pleased I was able to do that tonight.

“There’s healthy competition for places, I’ve got Lolley, Cashy and Sammy who are all younger than me so it keeps me on my toes.”

Adomah penned terms at the City Ground on a free transfer during the summer.