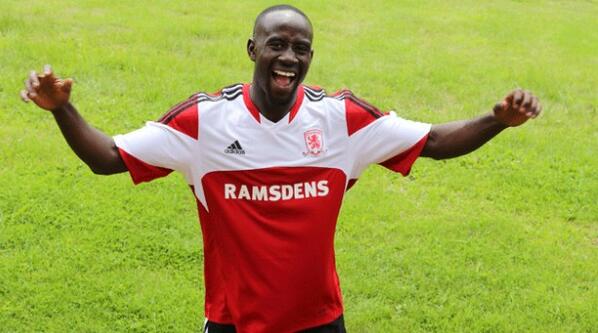 Ghana's Albert Adomah marked his full debut for Middlesbrough in English Championship as theyÂ earned their first points of the Championship season with a narrow 1-0 win at Charlton on Saturday afternoon.Â

The 25-year-old walked straight into TonyÂ Mowbray's starting line-up and lasted the entire duration for Boro as they pipped the Addicks at their own backyard.

New signing Albert Adomah set up Jutkiewicz early on but his shot failed to trouble Hamer, and Adomah sent a free-kick over the crossbar before half-time.

Adomah completed his move to Middlesbrough from Bristol City on Thursday night after a protracted contract talks between Middlesbrough, Everton and City.

He becomes the second player with Ghanaian root to play for Middlesbrough to recent memory after George Boateng who played for the club five seasons ago when they were in the English top division.