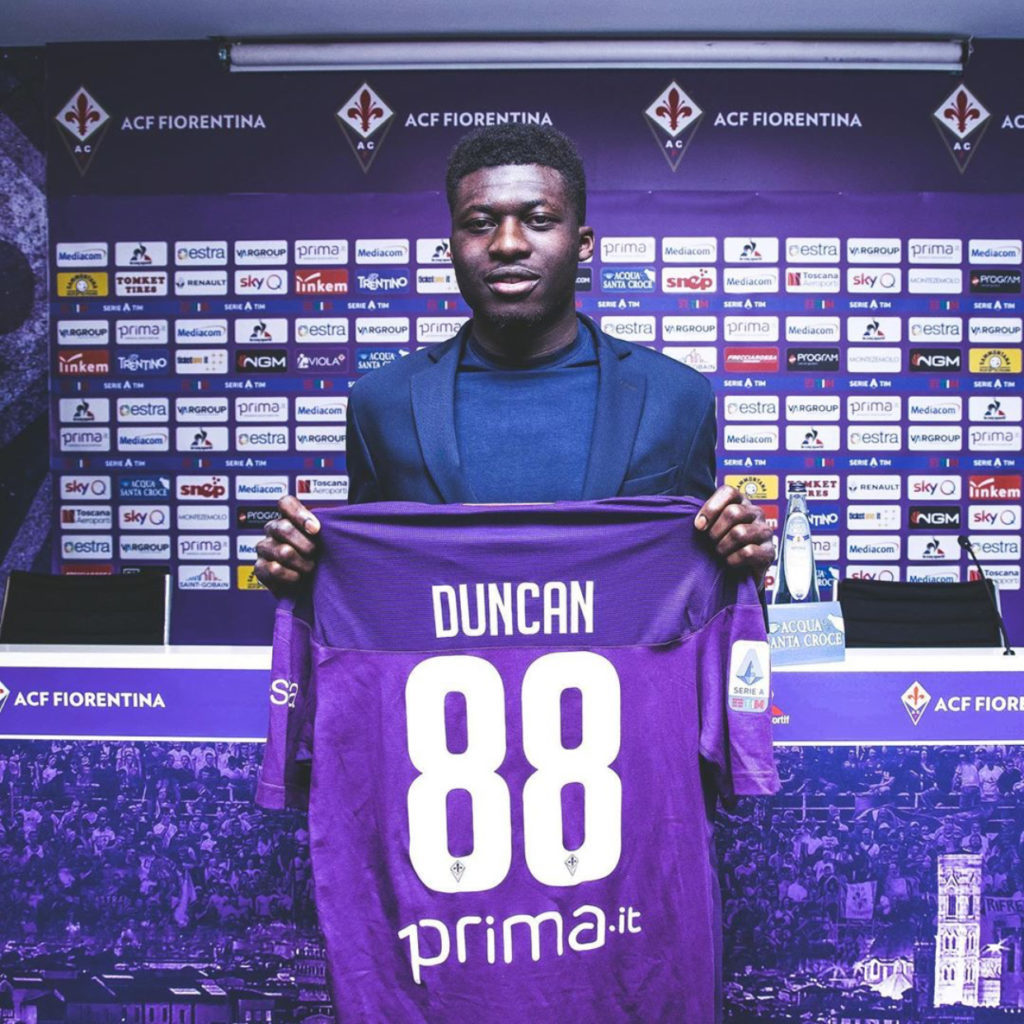 Alfred Duncan has been named in Fiorentina starting line-up in their Serie A game against Sampdoria today.

Duncan had been on the treatment table since joining the side from Sassuolo during the January transfer window.

The 26-year-old returned ahead of schedule and joined his new teammates in training last week.

Fiorentina coach Beppe Iachini indicated that the Ghana international could mark his debut against Sampdoria today (Sunday), but didn’t hint on handing him a starting berth.

“Duncan has recovered, he has been called up and could play. Milan Badelj and Martin Caceres are good, we are recovering many of the lads,” Iachini said during his pre-match presser.

The 55-year-old gaffer has however named Duncan in his starting line-up where he will partner Gaetano Castrovilli and Milan Badelj at the heart of midfield with Pol Lirola and Henrique Dalbert supporting from the flanks.

Duncan made 13 appearances for Sassuolo during the first half of the campaign, contributing 1 goal and 5 assists.