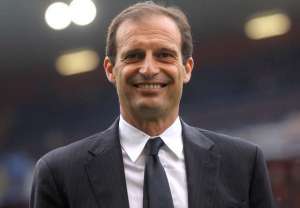 Juventus coach Massimiliano Allegri has praised the performance of his team after they managed to overcome Fiorentina on Sunday in Serie A, winning by a narrow 2-1 scoreline.

The Bianconeri were under pressure for most of the match, but still managed to take their chances and secure the win, however, the Italian tactician now wants his side to remain focused ahead of their forthcoming Coppa Italia final against AC Milan.

“We will train tomorrow and then we will have a day off before we prepare for the Carpi match,” said Allegri to Sky Sport Italia. “We must not lower our intensity because we still have the Coppa Italia to win.

“Winning in Florence is not easy and the players produced a solid performance. In the first-half we were cautious, we defended well and took the lead.

“In the second-half we had to defend well and we struggled to create, but after Fiorentina scored we lost control of the game.”

Allegri was also asked how Juventus could improve next season with the Italian saying his team needs to learn how to play against teams that press, whilst also saying the club would be active in the transfer market this summer.

“I have not talked with the club about the summer but we want to improve, we could improve the technical level of this squad and if certain players are available we will try our best to sign them.

Finally Allegri praised the performance of Gianluigi Buffon after the 38-year-old denied Fiorentina a late equaliser saving a penalty from Nikola Kalinic.

“He is very important for us but we have a great squad,” he concluded. “Mandzukic is a technical player even though many don’t recognise it. We rarely make any mistakes and we are a great team.”