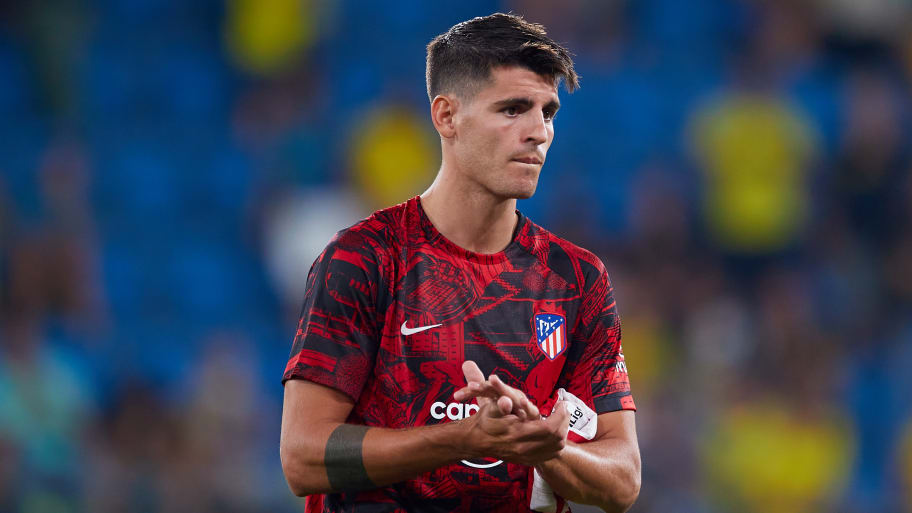 Alvaro Morata is confident of enjoying a good season with Atletico Madrid after links with Manchester United emerged.

The Spaniard is back in his homeland after spending two seasons on loan with Juventus - the Serie A side elected not to sign him permanently this summer, ignoring the €45m option they had to conclude a transfer.

Morata has been in excellent form during pre-season, scoring a hat trick against former employers Juve last weekend, and is expected to be part of Diego Simeone's starting XI when Atletico face Getafe in their La Liga opener on Monday night.

Reports emerged earlier this week claiming United had been offered the chance to sign Morata, but AS say the striker has confided in Atletico's coaching staff and told them he expects to enjoy a good season at Wanda Metropolitano.

Morata previously spent two seasons with Atleti after leaving Chelsea, scoring 18 league goals, but is yet to win any silverware with the club.

As for Man Utd, they remain on the hunt for a new centre forward. The Red Devils had explored a potential deal for Bologna's Marko Arnautovic, but eventually backed away from negotiations.

They have also been in talks with Juventus for midfielder Adrien Rabiot as they look to give manager Erik ten Hag the ammunition he needs for a successful debut season at Old Trafford.

His side got off to a poor start last weekend, being beaten 2-1 by Brighton, but have the chance to get points on the board when they visit Brentford on Saturday.


This article was originally published on 90min as Alvaro Morata confident of 'good' season amid Man Utd links.