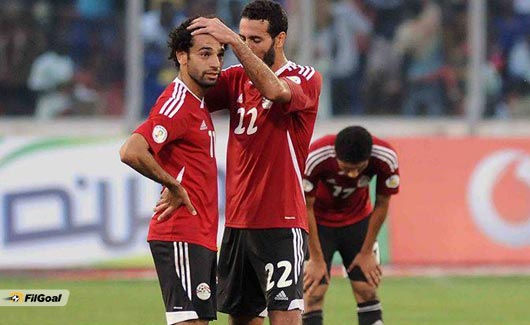 Setting aside the customary excuses of 'no league, harsh conditions, political instabilityâ€¦etc.', Egyptâ€™s 6-1 annihilation in Ghana was a footballing catastrophe independent of any pre-match surroundings.

Egyptian football â€“ just like many other fields â€“ has been suffering, yet it was never a disaster in the making for Bob Bradleyâ€™s team.

What happened in Kumasi cannot be considered a natural conclusion to the poor resourcing this team has been provided with throughout the past couple of years.

In other words, Bradley and Co. have actually been moving in the right direction toward a 'World Cup dream', until the hapless American turned from hero to zero in a forgettable evening at the Baba Yara.

The fatal mental error: No plan B!

It is without doubt that the idea of getting hammered by an incessant early assault that included two goals in 22 minutes has ever crossed the mind of any Egypt player before the Ghana match.

Asamoah Gyanâ€™s 10th second attempt was supposed to be a wake-up call rather than the starting point that triggered a series of damages leading to Egyptâ€™s crumbling.

Preparing your players psychologically is a fundamental part of a managerâ€™s job, sometimes more important than any tactical plan.

A technical deficiency could cost you a match, could actually cause a two-or-three-goal damage, but would never condemn you to a six-goal drubbing in a playoff tie.

No doubt that Bradley â€“ which is still regarded as a good coach â€“ had not missed that, yet the American seems to have followed the wrong approach adjusting the mentality of his players.

â€˜We are coming here to winâ€™ is not the right phrase to build your teamâ€™s spirit upon ahead of the away game of a two-legged tie, where pressure could be a pivotal player for you or against you.

Conceding no goals should have been the priority, simply because even a 1-0 defeat would have been considered a good result for the away team.

It also seems that the half-time team-talk was all about 'scoring an away goal', rather than trying to limit the losses â€“ this was evident in the rash substitution of defender Ahmed Shedid by Shikabala; a player who hardly makes a tackle.

1-The left-back: Deploying your smallest player against a team of giants

Ahmed Shedid is a fine dribbler, plays safe, has a neat pass and thatâ€™s it.

Defensively, the Ahli man is second-favorite in any one-on-one duel given his tiny figure, is not the best full-back to provide cover behind center-halves and will never claim anything in the air.

Without stressing on his attacking attributes, it is fair to say that Shedid is by no means the best left-back in the country, especially when we are talking about a four-player backline.

It seems Bradley realized this at half time, only to worsen things by moving winger Walid Soliman to left back and sending in attacker Shikabala.

"I wish to interview Bradley and ask him if he is aware that this is a two-legged tie?" said former Egypt striker Mido while analyzing the match at Al-Jazeera Sport TV.

"At 3-1, any manager in the world would try to prevent his team from conceding more goals, but instead he moved Walid Soliman to left back!"

2-Fathi inside, Elmohamady at right-back

It is very uncommon to see a regular English Premier League player confined to the bench at such a top-level match, at least not with a mainly local-based side like Egypt.

Ahmed Elmohamady has been playing second fiddle to Ahmed Fathi just because the latter is a better defender, but how about starting with both men?

Despite his lack of pace, the 38-year-old Wael Gomaa remains a defensive pillar for Egypt, yet the big question was always who should play beside him.

It should have been Fathi beside Gomaa, with Elmohamady on the right, because the truth is that Mohamed Naguib has never been an international player.

With all due respect to Mohamed Elnenyâ€™s status as a Europe-based player, the Basel midfielder will be returning home soon if he didnâ€™t manage to improve his game.

Elneny almost does nothing in the final third, which is fairly the same thing that can be said about his midfield partner Hossam Ashour, although the latter remains a better tackler.

This type of pedestrian midfield no longer exists in modern football, thatâ€™s why Egypt needed a commanding figure at the center beside enforcer Ashour and schemer Hossam Ghaly.

It is true that Bradley was so unlucky to lose Hosni Abd-Rabou for most of the year, yet a solution should have been worked out to the ineffectual Ashour-Elneny partnership.

Barcelonaâ€™s famous false-number-nine strategy has been working like a charm for the Lionel-Messi-inspired Blaugrana, but can it be applied with Egypt?!

The answer is a big no because such an approach is only executed by working the ball into the opponentâ€™s box through a mesmerizing passing swirl that requires a special group of players.

The presence of a resilient striker like Amr Zaki would have stretched back the Ghana defense, keeping the center-halves busy all the time without even touching the ball.

This would have given Salah and Abou-Treika the space they need to work their lethal partnership, which was utterly shut down by the double impact of Ghanaâ€™s high backline and tenacious midfield.

Despite his heroics with Ahli, Walid Soliman is a wide man and is thus not the ideal component to be added to an attack-line including Salah and Abou-Treika.