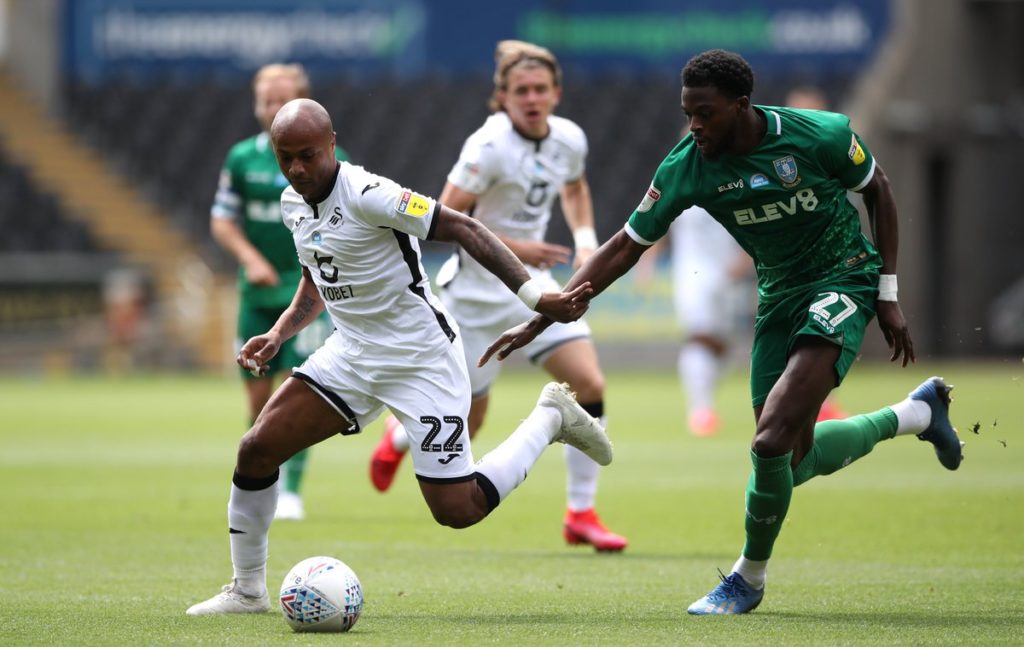 Andre Ayew in action for Swansea against Sheffield Wednesday.

Andre Ayew's most prolific league campaign in a season continued on Sunday, July 5, 2020 when he registered his 14th goal as Swansea City beat Sheffield Wednesday 2-1 in the Championship.

The Ghana captain converted a penalty in the 66th minute after Connor Roberts was brought down inside the box to double the lead for the home side.

Earlier, Rhian Brewster had opened the scoring in the 52nd minute.

On the 90th minute, the visitors reduced the deficit through Atdhe Nuhiu.

Ayew has now scored more league goals in a season since recording 12 goals in his first year with Swansea City in the 2015/2016.

That performance got him a high-profile move to West Ham United.