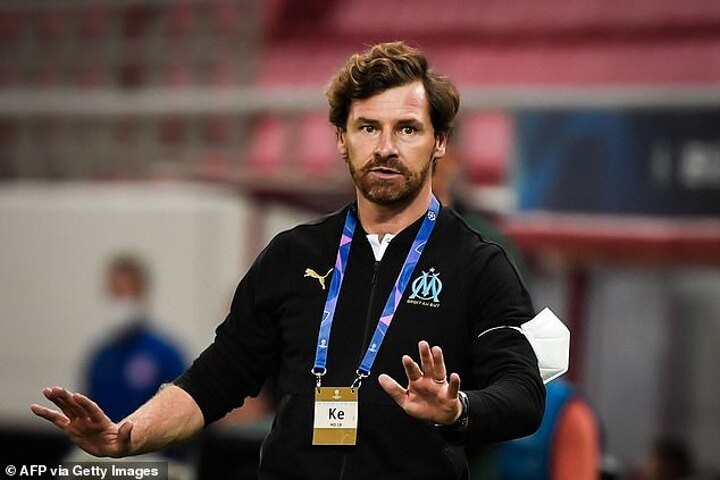 Long before he washed up on the French coast - wounded by a rally car crash and two bruising years in English football - Andre Villas-Boas sought the council of Pep Guardiola.

Then just 33, the Porto coach had spent seven years working under Jose Mourinho – in Portugal, England and Italy.

But in early 2011, as the rivalry between Guardiola and Mourinho came to the boil in Spain, AVB visited Pep in Barcelona.

‘The meeting was arranged between the two of us, both wanting to share knowledge of our teams and our systems… both were doing very good,’ AVB recalled on Monday.

‘He is an inspiration because he’s one of the few that keeps on innovating… the risks are sometimes not accepted by all but he keeps taking them.’

Something must have clicked - that season, Porto went unbeaten en route to the domestic double, before adding the Europa League crown. Villas-Boas, it seemed, was also on a bullet train to the very top.

But after that European final, he paused to remember.

He paid tribute to Mourinho and thanked Sir Bobby Robson, who spotted his potential when they shared an apartment block in Portugal. First, though, AVB name-checked Guardiola.

‘Pep was always an inspiration to me,’ he said. By then they stood shoulder-to-shoulder, two of the finest young minds in modern football.

Up to – and beyond – that point, their paths intertwined. Both were mentored by Robson; both visited Marcelo Bielsa for advice.

In 2012 Guardiola was tipped to replace AVB at Chelsea; after Pep left Barcelona, Villas-Boas was on their shortlist. Even after Tottenham ditched him too, Villas-Boas headed to Qatar for another clinic with the then-Bayern Munich boss.

On Tuesday, however, they face off for the very first time.

For much of the decade since that initial meeting, Guardiola has headed further towards the pantheon of greats, while AVB appeared destined for the scrapheap.

He spent time coaching in Russia and China before quitting football to race in the Dakar Rally. It was a lifelong ambition that came crashing down in the sand dunes of Peru, where he was left nursing an injured back and a bruised ego.

Now, though, fortunes are beginning to turn. Pressure is swelling around Pep at Manchester City, while Villas-Boas is quietly rebuilding his reputation at Marseille.

In 17 months, AVB has brought Champions League football and optimism back to the sleeping giants.

His reign began with defeat by Accrington Stanley but since then, on a tight budget, he has galvanised a thin squad.

His human touch has earned their trust, while freeing Dimitri Payet of the captaincy is among the tweaks to have borne fruit.

Most crucially, Villas-Boas has evolved with experience. He is less wedded to the rigid tactics which defined his spell in England - the high line and press are now tweaked depending on the opposition. He has added pragmatism to Marseille’s attacking traditions, too.

The man who once slept at Chelsea’s training ground remains studious. Now, though, it’s said he listens more to his staff.

Marseille exist in perpetual turbulence, however, and Villas-Boas nearly walked away earlier this year.

As of July, he had never met Englishman Paul Aldridge - appointed as a special advisor by Marseille president Jacques-Henri Eyraud back in January.

The shadowy Aldridge was involved in the arrival of Carlos Tevez and Javier Mascherano at West Ham and his arrival in Marseille prompted the departure of sporting director Andoni Zubizarreta. AVB nearly followed.

Eventually he decided to stay to lead Marseille’s first Champions League venture since 2013/14. They began with a last-gasp defeat by Olympiacos last week, meaning tonight’s visit of Manchester City takes on added significance.

If Villas-Boas is to overcome Guardiola – and steer Marseille’s campaign back on course – the 43-year-old will have to rely on the experience he has amassed along this rocky road.

In England, he was undone by dogma and disappointing results. Despite insisting his philosophy was more akin to Guardiola’s, Villas-Boas was considered The Special One’s second coming. Escaping Mourinho’s shadow proved difficult.

At Spurs, he coaxed brilliance out of Gareth Bale before problems bubbled; at Chelsea he struggled to command respect of his squad.

Perhaps indicative of lessons learned, it was phone calls from his Marseille players that helped persuade him to stay. Tonight, thanks to them, he can resume another chat which began a decade ago.

‘For us other coaches, we see (Pep) as somebody who is constantly thinking about the game and sometimes we see if we can do the same things,’ he added yesterday.

‘There are a few managers who are a little more results-driven… there are others who can constantly propose and provoke the game and are constantly daring to take the game further and I certainly include him in that list, which isn’t very long.’