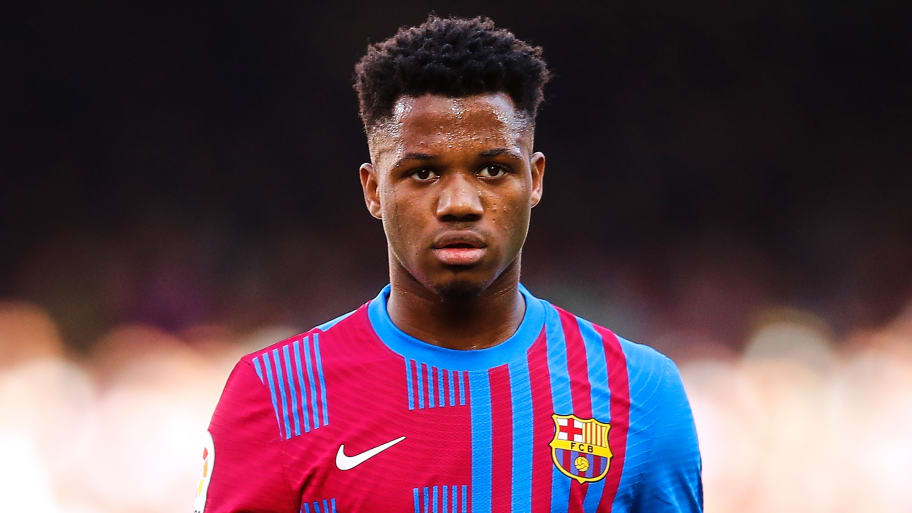 Barcelona winger Ansu Fati has told manager Xavi of his desire to play against Bayern Munich on December 8, even if he is not fully fit.

Xavi's side head into that game knowing that they will likely need a victory against arguably the scariest side in Europe to qualify for the knockout stages of the Champions League, with Benfica able to leapfrog them into second with a victory at home against bottom side Dynamo Kyiv.

The enormity of the Bayern game is clear, and according to Catalunya Radio, it has not been lost on Fati, who has informed Xavi that he wants to be made available for selection even if he is not 100% healthy.

The young winger returned from a knee problem earlier this month only to injure his hamstring almost immediately after. A recovery period of six weeks was suggested, which would rule Fati out of this match.

However, behind the scenes at Camp Nou, there is some cautious optimism that Fati could actually be ready for the game. He is already out training on grass and is believed to be confident he can make it back to face Bayern.

Xavi is keen to have Fati back and it will be fascinating to see whether he chooses to risk the youngster, who has been plagued by injuries over the past 12 months but is one of Barcelona's best forwards when fit.

Fati has started just four times so far this season but has still managed to rack up four goals in all competitions, proving his importance to the squad.

Those in charge hope he will be back for Bayern, but there are real concerns over taking another risk with the 19-year-old, who is desperate for a consistent run of minutes to shake off his lengthy injury issues.

Barcelona are short on numbers in attack without Fati, particularly as Xavi has shown little faith in striker Luuk de Jong or winger Philippe Coutinho in his short time in charge.