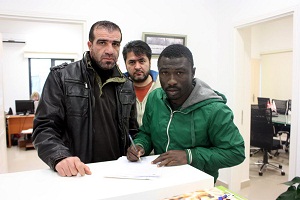 The 29-year-old joins from American MLS side Houston Dynamo for an undisclosed fee.

Obodai will thus play in the Northern Â Cypriot championship called Birinci Lig which is contested by 14 clubs.

The ex Liberty Professionals player spent mots of his early club career in Holland where he featured for Ajax, Sparta Rotterdam and RKC Waalwijk.

He has a prominent member of Ghana's U-17 and U-20 teams of 1999 and 2001 respectively before going on toÂ win four caps for the Black Stars.