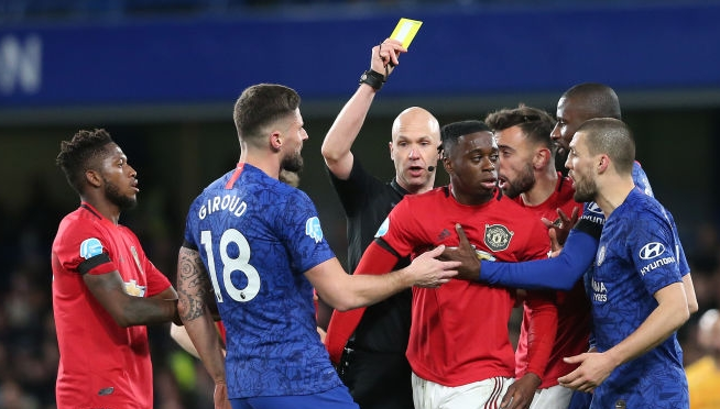 There were plenty of controversies in the Chelsea-Man Utd clash last night.

Harry Maguire escaped a red card after kicking Batshuayi on purpose, while Kurt Zouma and Olivier Giroud each saw a goal denied by VAR.

The referee of this game Anthony Taylor is a well-known Premier League, but you may not know that he is from Wythenshawe, Manchester.

He managed Chelsea-Spurs game before, in which he sent Son Heung-Min off with a similar act as Maguire.