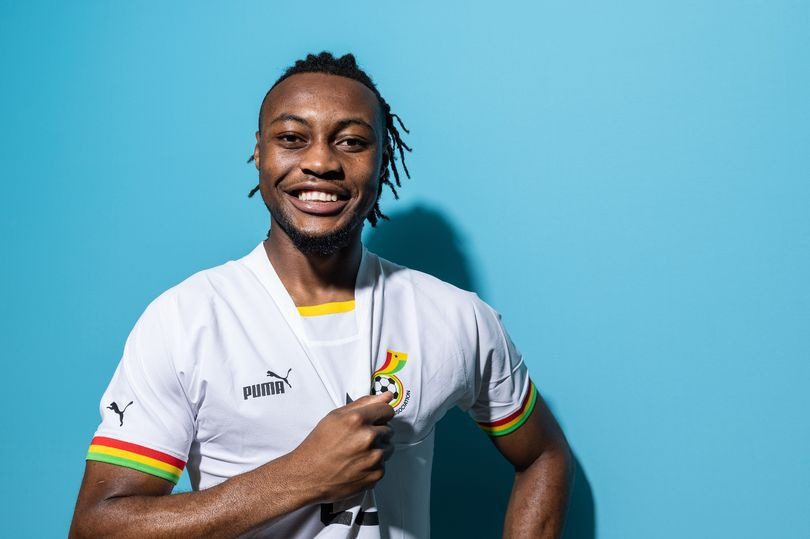 Antoine Semenyo made his World Cup debut for Ghana against Portugal on Thursday, four and a half years after scoring a hat trick in an English sixth-tier match.

The 22-year-old, who was born in London and can play both up front and off the flank, only made his Black Stars debut in June, but he managed to make Otto Addo's 26-man World Cup squad after having an outstanding debut campaign with Championship team Bristol City.

He entered the game as a second-half substitute during Ghana's 3-2 loss to Portugal, as his team sought a late equaliser.

Semenyo joined Bristol City as a 17-year-old in 2017, but after struggling to get first-team time, he was loaned out to Bath of the National League South.

There, he received some much-needed playing time, and as his confidence grew, the goals followed suit. In 16 games for the Romans, he scored six goals, including a memorable hat-trick in an 8-1 victory over (the formidable) Welton Rovers in the Somerset Cup quarterfinal.

Four years ago Antoine Semenyo was playing for Bath City in a Somerset Cup quarter-final against Welton Rovers.

Today, the 22-year-old is on the bench for Ghana at a #FIFAWorldCup 🇬🇭#BBCFootball #BBCWorldCup https://t.co/E28BBEYBzh

Semenyo entered the World Cup as Ghana's hot striker based on statistics, having scored four goals in five games before the competition.

He will hope to get more minutes in the second game against South Korea on Monday.