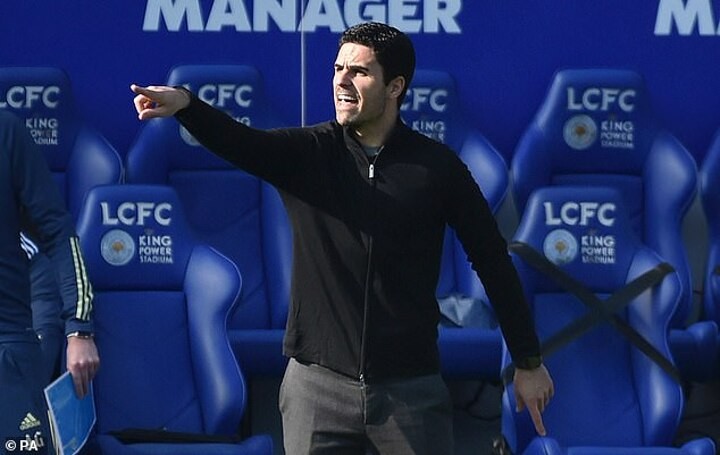 Mikel Arteta has played down speculation linking him with a return to his old club Barcelona and insists agreeing a new contract with Arsenal is not 'urgent'.

Reports in Spain have linked the Gunners boss with the top job at the Nou Camp, with presidential candidate Joan Laporta reportedly keen to install him as manager.

But Arteta, who came through the club's famous La Masia academy but left without making a first team appearance, insists he remains committed to Arsenal.

'There is always going to be speculation when there's elections in Barcelona,' he said during a press conference on Wednesday.

'It's a huge team. Obviously I was there raised there as a player and there's always going to be links but I'm fully focused on the job that I have to do here, which we have a lot to do, and I'm really enjoying it.

'Today and tomorrow I'm the manager of Arsenal Football Club and I'm really enjoying it and I want to do much better than what we've done.

'We are in the middle of the season, we have a lot to play for and at the moment it's not a priority. That's okay, I still have a contract here, I am happy here and I don't think it's something urgent.'