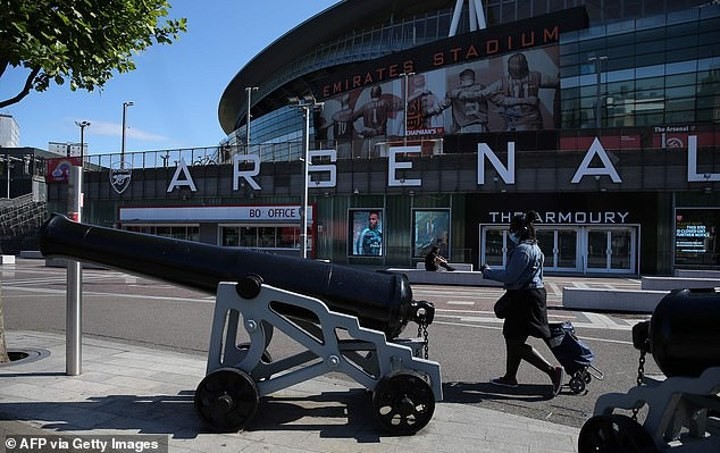 Arsenal are to cut several senior scouts across the continent in another round of cost-cutting measures, according to reports.

As many as 10 part-time youth scouts - who helped unearth talent such as Bukayo Saka, Ainsley Maitland-Niles, Reiss Nelson and Emile Smith-Rowe - were axed last week because of financial cutbacks as a result of the coronavirus crisis.

The recruitment staff, who were informed of the news via email, will see their contracts expire at the end of June and not be renewed.

And now, according to The Mirror, the Gunners have informed a number of their scouts who are working abroad in Europe that their employment with the club will be terminated.

The latest culls underline the ongoing financial pressure of the pandemic that is starting to tell at the Emirates Stadium, with those concerned reportedly being informed after receiving letters this week.

The report also states that in some cases, scouts who had served the club for almost two decades were offered just one month's salary by way of a pay-off.

Sportsmail revealed last week however that Arsenal could look to re-employ the youth scouts once the depths of the financial crisis that has gripped football becomes clearer later in the year.

Arsenal refused to furlough staff at the outbreak of COVID-19 but the players and manager Mikel Arteta did accept pay-cuts.

Nevertheless, it appears the ongoing financial impact of the coronavirus crisis is starting to take its toll on the north London club.

There was better news on the pitch for the Gunners, who completed a 6-0 rout of Charlton in Saturday's friendly at the Emirates.

Mikel Arteta's men begin their Premier League campaign with a trip to Manchester City on the first evening of the restart on June 17.