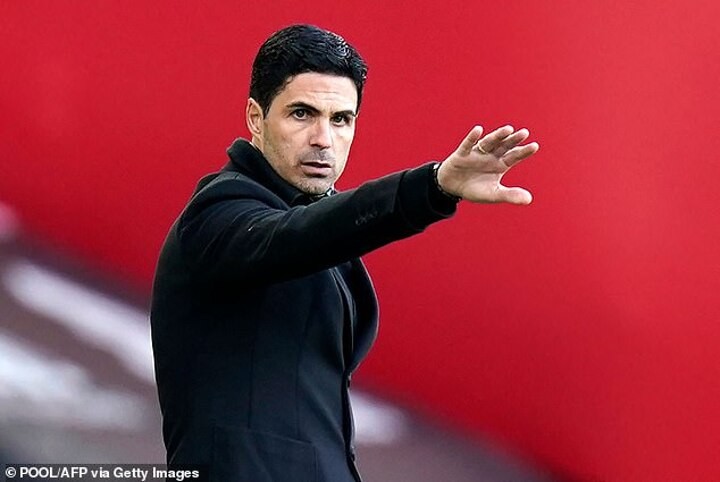 Arsenal are optimistic Bukayo Saka has avoided serious injury after being forced off against Sheffield United.

Saka is being assessed by club medics after limping off in the 69th minute amid Gunners hopes that he suffered just a dead leg.

Though on Monday he was still being considered as a fitness doubt for Arsenal's Europa League trip to Slavia Prague on Thursday along with Emile Smith Rowe and Martin Odegaard.

Defenders David Luiz and Kieran Tierney are out, though captain Pierre-Emerick Aubameyang is expected to return after missing the 3-0 win at Sheffield United due to illness.

Gabriel Martinelli, who scored Arsenal's second goal, has also handed manager Mikel Arteta a boost by confirming he will be fit.

Martinelli came off late on after appearing to suffer an ankle injury but said: 'No, I am alright to play on Thursday.'

Arsenal head to the Czech capital level at 1-1 after the first leg of their quarter-final against Slavia Prague.