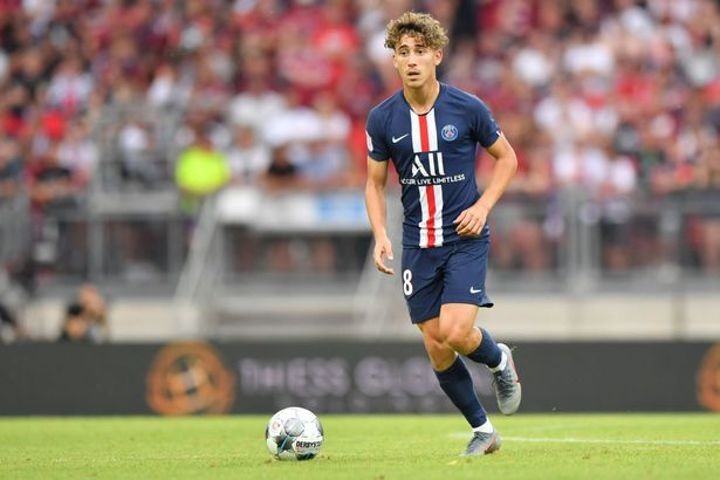 Arsenal have reportedly identified the latest wonderkid who they hope to develop into a first-team star.

The Gunners have made some promising acquisitions of late, with the arrivals of youngsters Matteo Guendouzi and Gabriel Martinelli exciting fans in particular.

Both players were signed for modest fees last summer, and with transfer funds tight at The Emirates, it seems the club are hopeful of pulling off a similar deal in the coming months.

The 17-year-old attacking midfielder made his debut for PSG back in August and has represented France youth at several age groups.

Clubs across Europe first begin taking note of his ability last summer, when he netted nine times in five matches during the under-17s European Championships.

That feat earned him the Golden Boot, as well as a place in the team of the tournament.

He is reportedly yet to sign professional terms with PSG, which could open the door for Arsenal to swoop in.

ESPN report the player's family are urging him to leave the Parc des Princes for pastures new, as they feel it would be better for his development to play elsewhere.

Aouchiche has so far rejected PSG's contract offer and has held talks with St Etienne, while Lille and Bordeaux are also interested.

A stumbling block in negotiations is Aouchiche's demands though, as his family push for a €25,000-per-week contract (£22.5k).

In addition they want a €4million (£3.5m) signing on fee given clubs will not have to pay a transfer fee for Aouchiche.

Such a fee won't be a problem for Arsenal, who have shown commitment to signing young players in the past by shelling out £7m on Guendouzi and £6m on Martinelli.

PSG remain confident they can keep hold of Aouchiche, though the lure of joining the host of young stars coming through at Arsenal may be enough to tempt the player to move across the channel.