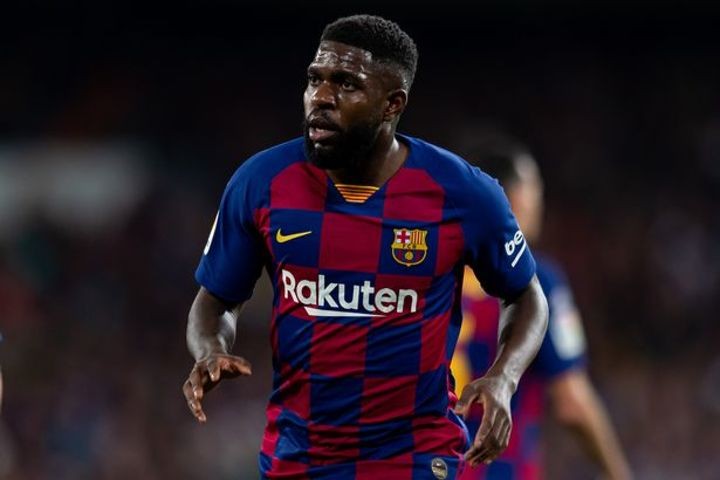 Arsenal and Chelsea are both reportedly "very interested" in signing Barcelona's Samuel Umtiti this summer.

The French defender has been a long-term target for the Gunners, who are keen to finally bring him to the Emirates at the end of the season.

Umtiti has become a regular at Barca since the arrival of Quique Setien as manager, but may still fancy a change of scenery.

Mundo Deportivo report that Chelsea would have made an approach for Umtiti already had they not been under the transfer ban imposed by UEFA.

They add that Umtiti would have been open to a switch to Stamford Bridge and was prepared for his representative to discuss a deal with Chelsea chiefs.

In turn, Chelsea are believed to have been in touch with Umtiti's agent Arturo Canales to sound him out over a move.

The 26-year-old would prefer to remain at Barcelona, but is open to moving to a club playing Champions League football, and has a preference for Chelsea over Arsenal and Man Utd, who have also been offered his services.

Barcelona are willing to sell the centre-back at the end of the season providing their asking price of £46million is met.

Chelsea feel a move for 22-year-old Lille defender Gabriel Magalhaes may be a better investment, as they believe he can be acquired for around £30million.

They have also made enquiries regarding Hellas Verona defender Marash Kumbulla, who is valued at £21million, though Umtiti will come with more experience than both other targets.

Frank Lampard is prioritising signing a centre-back, as well as a striker, as he has reservations over current Blues stars Kurt Zouma and Andreas Christensen.

Arsenal meanwhile are likely to be operating on a strict budget this summer, and already have youngster William Saliba joining their ranks, while Spaniard Pablo Mari only signed for the club in January, but signing Umtiti would represent a huge signal of intent from the Gunners.