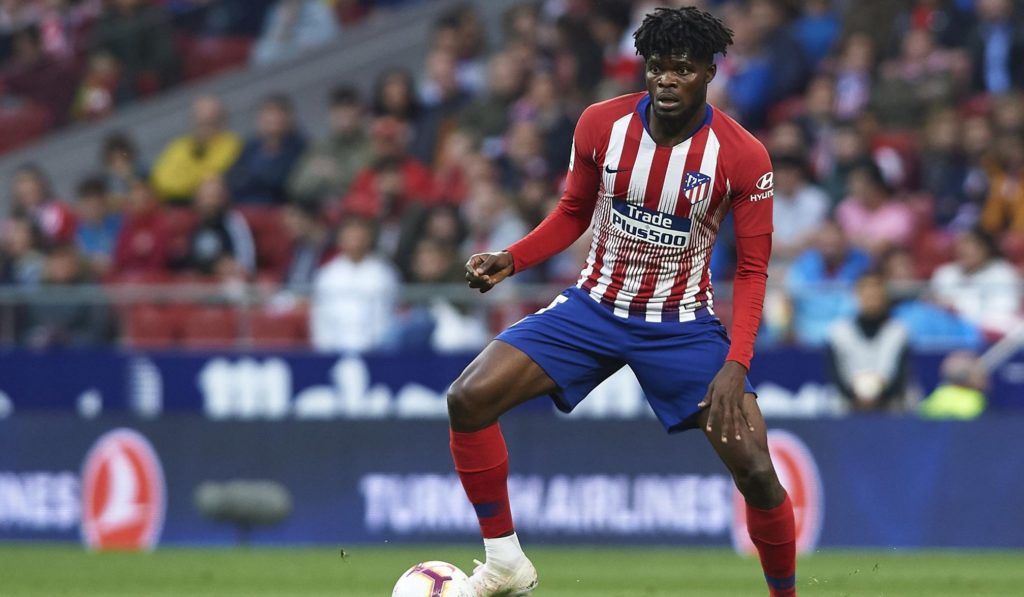 Arsenal are interested in bringing Atletico Madrid star Thomas Partey to the Emirates in the next transfer window.

Partey has his release clause set at €50 million and his remarkable performances this season has seen him pop up on the radar of most top clubs in Europe including Real Madrid.

According to reports, Atletico Madrid are worried over the growing concern of interest for their star midfielder and plans are underway to give him an improved contract.

GHANAsoccernet.com understands that Atletico Madrid will like to set his release clause at €100 million.

Partey is currently the boss of the Atletico Madrid midfield as he has formed a good partnership with Koke and Saul.

One of the main reasons that Partey has grown as a footballer is coach Diego Simeone .

The tactical philosophy of the Argentine coach, known for giving his players a more aggressive and notorious style, has been decisive for that growth.