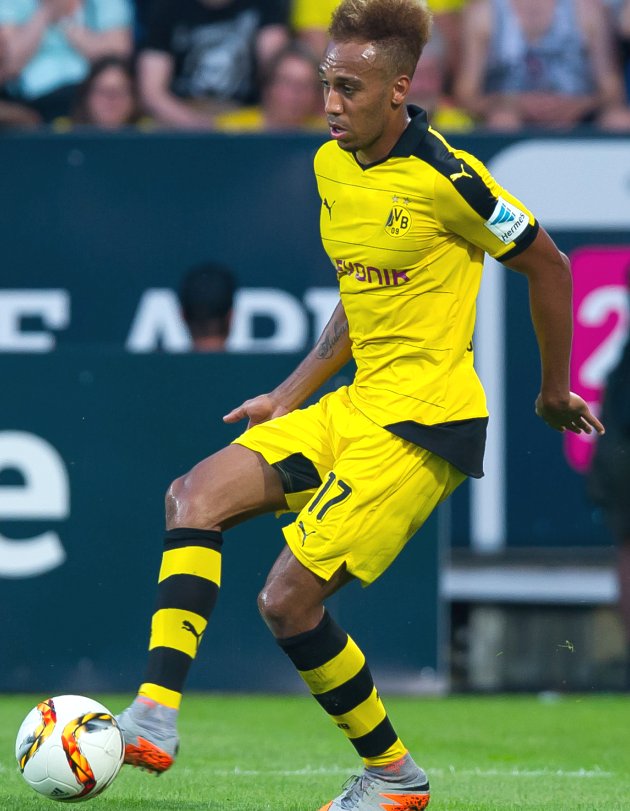 Arsenal have dropped out of the running for Borussia Dortmund striker Pierre-Emerick Aubameyang.

The Mirror says Arsenal have been scared off in the chase for Aubameyang.

The Gunners have been linked with a move for the Gabon international, who is tearing it up in the Bundesliga this season.

But Manchester United are readying a bid in excess of £60m for Aubameyang with a £200,000-a-week contract waiting.

And it's claimed that price bracket is out of Arsenal's league with Emirates bosses unable to meet Dortmund's demands.