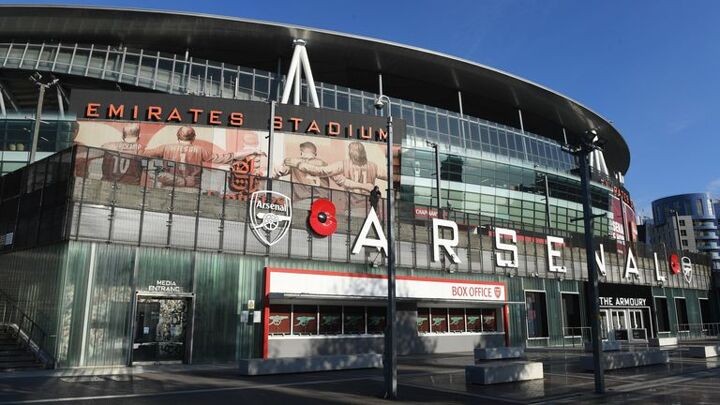 The Gunners will be the first Premier League club to welcome their fans back into the stadium, with London set for tier 2 restrictions when lockdown is eased on December 2.

It will be the first match at the Emirates with fans in almost nine months.

The club's Premium members and Gold season ticket holders were able to buy up to four tickets each on a 'first come, first served' basis from 9am on Saturday morning.

The club has defended the decision to distribute tickets in a priority sale, saying: "The different restrictions and guidelines for UEFA matches, coupled with the short timeframe to provide and receive information from our fans, would have ultimately created too many complications and a risk of confusion and disappointment for supporters."

However, many of the club's 45,000 season ticket holders were unable to get tickets.

Arsenal is planning to run a ticketing ballot for the Premier League match against Burnley on December 13.

The club say it was a huge challenge to organise the ticket sale at short notice, and hope fans understand.

What tier is your team in?

The government has announced its updated tier system for England which will apply when lockdown ends on December 2. Which tier does your club fall into and will you be able to go and watch them?

Premier League clubs in Liverpool and London will be able to welcome some supporters back into their stadiums after the government announced which tiers different areas of the country will be in after the end of the second lockdown.

However, a number of other clubs in the division, including Manchester City, Manchester United, Aston Villa, Newcastle, Leeds, Leicester and Wolves will be unable to welcome fans back into stadiums after the announcement.