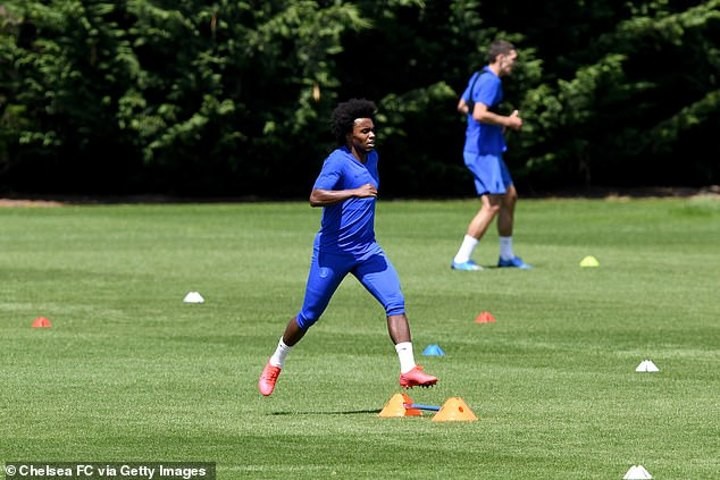 Arsenal and Tottenham will compete against each other for the free signing of Chelsea's Willian as they face up to a lean transfer window this summer.

The Premier League rivals are facing a scenario where they will only sign players on free transfers, loans or in swap deals, according to The Telegraph.

Both clubs are reportedly planning for a summer without spending any money as the financial impact of the coronavirus suspension begins to bite.

The North London rivals face the prospect of raising money by selling off star assets like Harry Kane or Pierre-Emerick Aubameyang.

Willian's Stamford Bridge future has been the subject of intense speculation, with his current deal set to run out at the end of June.

But with the Premier League likely to restart next month, a short-term deal is set to be agreed between both parties so Willian can play the rest of the season, which is likely to stretch into July and August.

'It's a difficult situation because Chelsea offered me two years and they are not going to change what they offered. I said I wanted three more years,' the winger told Brazilian outlet Esporte Interativo last week.

'The situation is difficult because of this. I really don't know if it will be possible [to stay]. My goal is to continue working and focus on the remainder of the season, so that Chelsea can continue winning games.

'I have a clear head and I'm focused for the rest of the season that we have left. I think it's difficult [to stay]. Let's see what happens.'

The 31-year-old returned to training last week as Premier League clubs readied themselves for a return to action in June.

However, he has spoken previously of players being 'uncomfortable' about returning in the current global climate, as Project Restart accelerates.