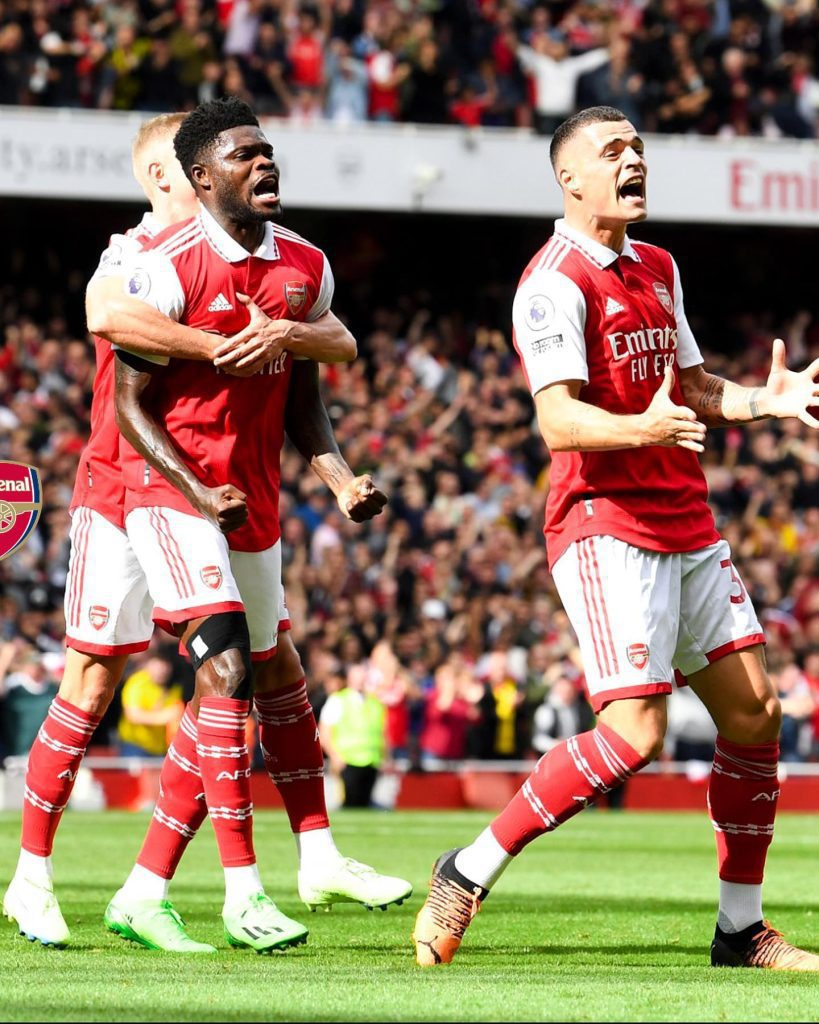 The Ghanaian had recovered from a thigh injury in time for the 3-0 win over Brentford before the international break, but he then experienced knee discomfort with Black Stars.

The 29-year-old left the national team camp early to rehabilitate at Arsenal, and he was declared fit to start in midfield alongside Granit Xhaka against Tottenham.

Partey scored twice for Arsenal in the Premier League last season, both on headers, and he has built a reputation for wild long-range efforts in recent years.

But he finally got one right on Saturday, with a spectacular first-time finish into the top corner breaking the deadlock after 20 minutes.

"We have been waiting for that one! For what he has been through I am so happy for him," Arsenal manager Mikel Arteta told BT Sport after the game.