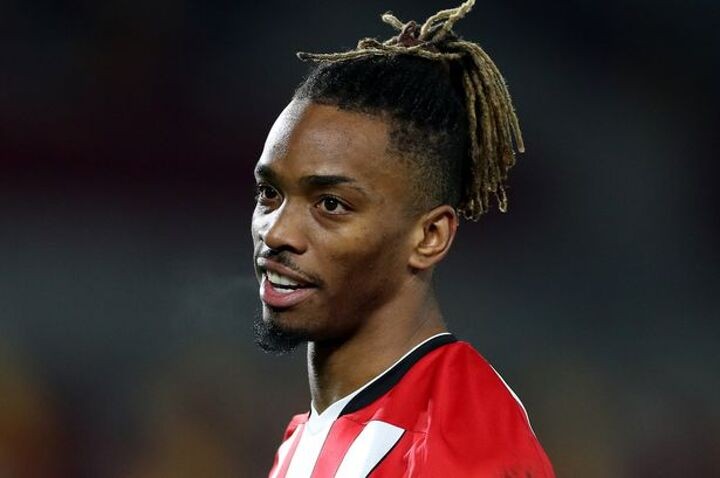 Mesut Ozil has landed in Istanbul as he prepares to complete his move to Fenerbahce, ending a seven-and-a-half year spell with Arsenal.

The German playmaker will shortly undergo a medical and told Turkish outlet NTV : "I am so happy. I'm a Fenerbahce fan. God wanted me to play football in Fenerbahce. I'm proud.

"I am coming tonight with my family to Istanbul, thank God who gave me the opportunity to represent this club. I will wear the shirt with pride."

As Ozil's lengthy and turbulent saga with the Gunners appears to be coming to an end, Mirror Football casts its eyes over the latest speculation surrounding potential Emirates incomings.

There are updates on Arsenal's goalkeeper, midfield and forward targets in Monday's transfer round-up.

Arsenal are monitoring Brentford forward Ivan Toney with a view to a transfer in a future window, reports the Daily Express .

Toney, 24, has enjoyed a stunning first half of the season with 16 goals and four assists in 22 Championship games.

He is under contract with the Bees until 2025 after joining from Peterborough for an initial fee of £5million last summer.

Toney's impressive performances in the second tier mean Arsenal, along with Premier League rivals West Ham, are keeping tabs on the Englishman.

Ronald Koeman says Barcelona have rejected a transfer request submitted by the club's No.2 goalkeeper Neto.

The Brazilian shot-stopper is keen on a fresh challenge after a year and a half serving as back-up to first-choice Marc-Andre ter Stegen.

Neto has been linked with Arsenal as they scour Europe for a goalkeeper to compete with Bernd Leno, but Koeman insists the 31-year-old is too important to leave Camp Nou.

The Barca boss said: "It's true that his representative has asked the club for an exit and we have said no because he is an important goalkeeper for us and we want to be very well covered at each position."

Arsenal, Tottenham, West Ham and Aston Villa are all believed to be interested in Sanson, who has five goal involvements in 11 Ligue 1 games this season.

"We'll see. The transfer window is open, Sanson is a player who is highly rated. Officially, we have not received any offers, unless it happened during the match," said Villas-Boas.

"He is a boy who interests English teams because of his characteristics, and it is possible that something could happen."