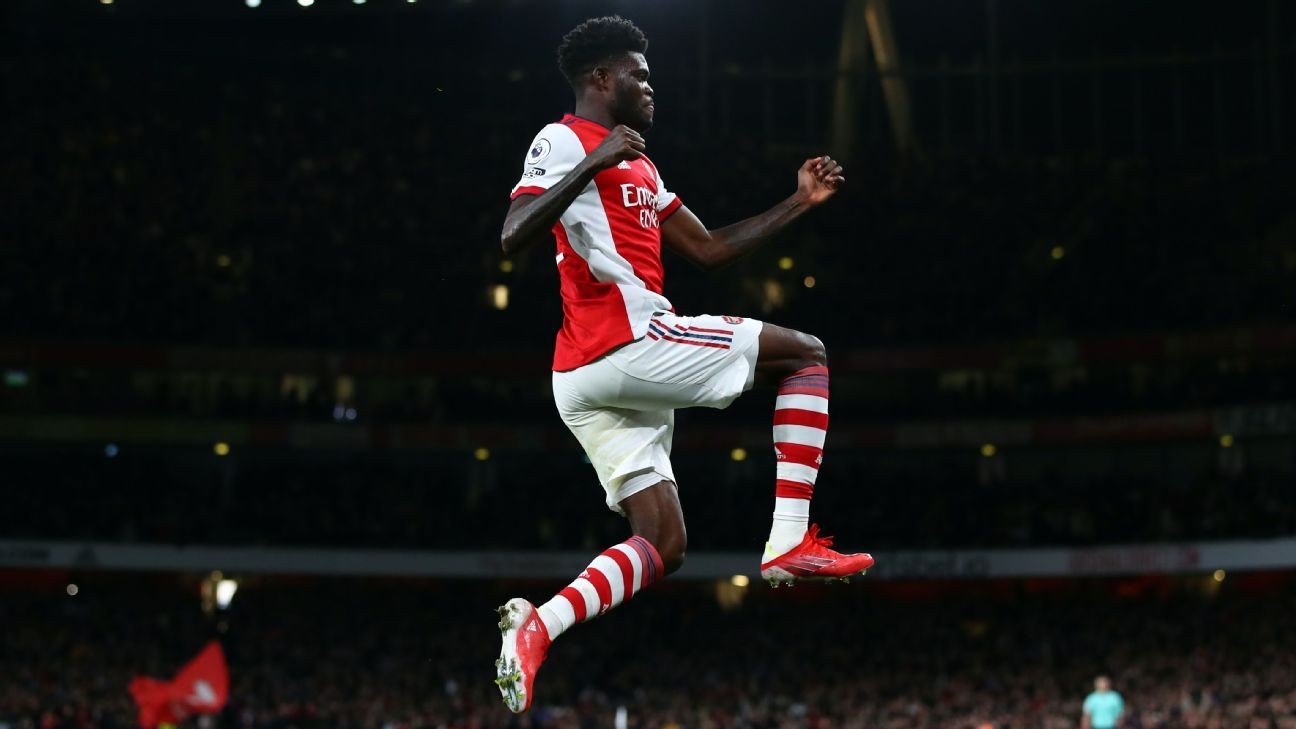 Thomas Partey celebrates after scoring a goal for Arsenal against Aston Villa. Getty

Arsenal made short work of Aston Villa with a 3-1 Premier League win at the Emirates on Friday night.

Thomas Partey opened the scoring for Arsenal in the 23rd minute following a corner kick, striking from close range after Emile Smith Rowe's whipped in kick fell to him in front of goal.

Arsenal earned a deserved second in stoppage time when Pierre-Emerick Aubameyang put back his own rebound after Emiliano Martinez denied an initial spot kick following a Matt Target foul in the area.

Aubameyang's clever flick sprang Smith Rowe for Arsenal's third, the England international making the most of a chance on the counter-attack with his shot beating Martinez thanks in part to a deflection off the boot of Villa's Tyrone Mings.

Aston Villa pulled one back just after 80 minutes as Jacob Ramsey curled home a beauty from 18 yards out when the ball fell to him at the top of the penalty area, but a true comeback was already out of reach and Mikel Arteta's side saw out the match to earn all three points.

The result lifted Arsenal up to ninth place in the table, having secured 14 points from nine games thus far this campaign, while Villa are stuck in 13th on 10 points.