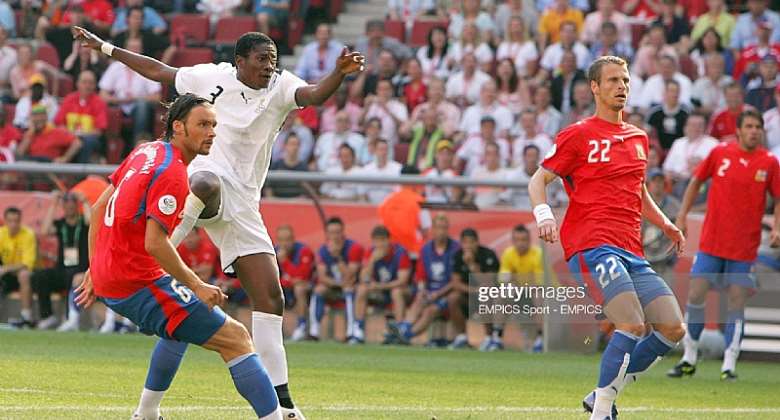 Former Black Stars striker Asamoah Gyan stated ahead of the 2006 FIFA World Cup match that he was confident of scoring against Czech Republic.

Gyan scored the opening goal as Ghana defeated Czech Republic 2-0 to win their first World Cup after losing to eventual champions Italy in their first match.

Beating Czech was an incredible accomplishment given that the Europeans were ranked fourth in the World Cup at the time.

That victory inspired the Black Stars to defeat the United States and advance to the knockout stage in their first World Cup appearance.

Gyan's goal made him the first player to score for Ghana in the history of the World Cup.

“I was very confident. I knew something was going to happen. Back home in Ghana, everyone was praying for us,” Gyan said in an interview with Asaase FM.

“I said to myself that I needed to make history. If I scored, I would make history," he added.

Gyan is Africa's leading goal scorer in World Cup history, with six goals, and he also holds the record for most goals scored for Ghana, with 51.

The former Black Stars captain recently released his autobiography, which has received a lot of positive feedback.