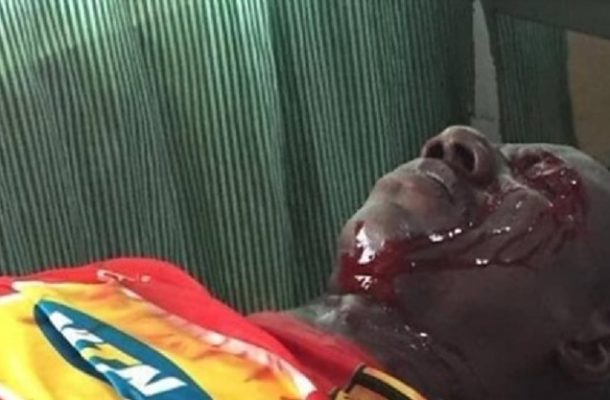 Asante Kotoko have issued a statement on the Sunday's shooting at the Baba Yara Sports Stadium during their 1-0 defeat against Berekum Chelsea in Week 3 of the Ghana Premier League.

In the aftermath of the Porcupine Warriors shock loss against Berekum Chelsea, a fan of the club was feared dead after being shot in the stomach by police.

The supporter wearing the jersey of the Premier League giants collapsed on the floor after being shot with blood oozing out from his stomach area.

Report went rife that the supporter who was shot in the eye after police fired rubber bullets has joined his maker.

However, the Kumasi-based side took to their twitter handle to issue a statement, clarifying that the victim of the shooting is not dead as feared but is in a stable condition receiving treatment at the Komfo Anokye Teaching Hospital.