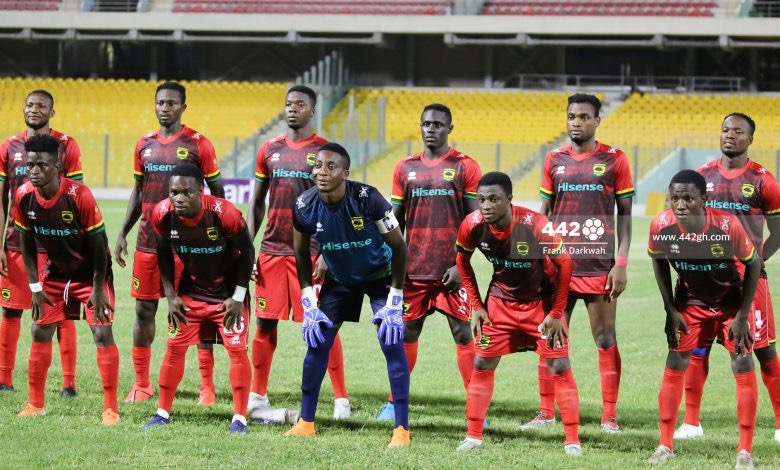 Asante Kotoko Acting Communications Director, David Obeng Sekyere has disclosed that club has sent a petition to CAF over the team's inability to raise a side for their CAF Champions League game against Al Hilal.

The game scheduled for 13:00 GMT was delayed and later called off due to reported cases of COVID-19 in the camp of Asante Kotoko.

Earlier reports indicated that five players and seven officials had tested positive for the COVID-19.

The decision was made after conversations with medical experts and the health department officials in Sudan.

However, the Porcupine Warriors suspect foul play after the results were released by the Sudanese medical authorities.

The results released showed discrepancies which the Porcupine Warriors are eager to challenge.

David Obeng Nyarko in a post on Facebook has indicated that the team has officially written to CAF on the matter awaiting a verdict.

The match has been called off and the two sides are awaiting a response from the Confederation of African football.

Full Statement from the club