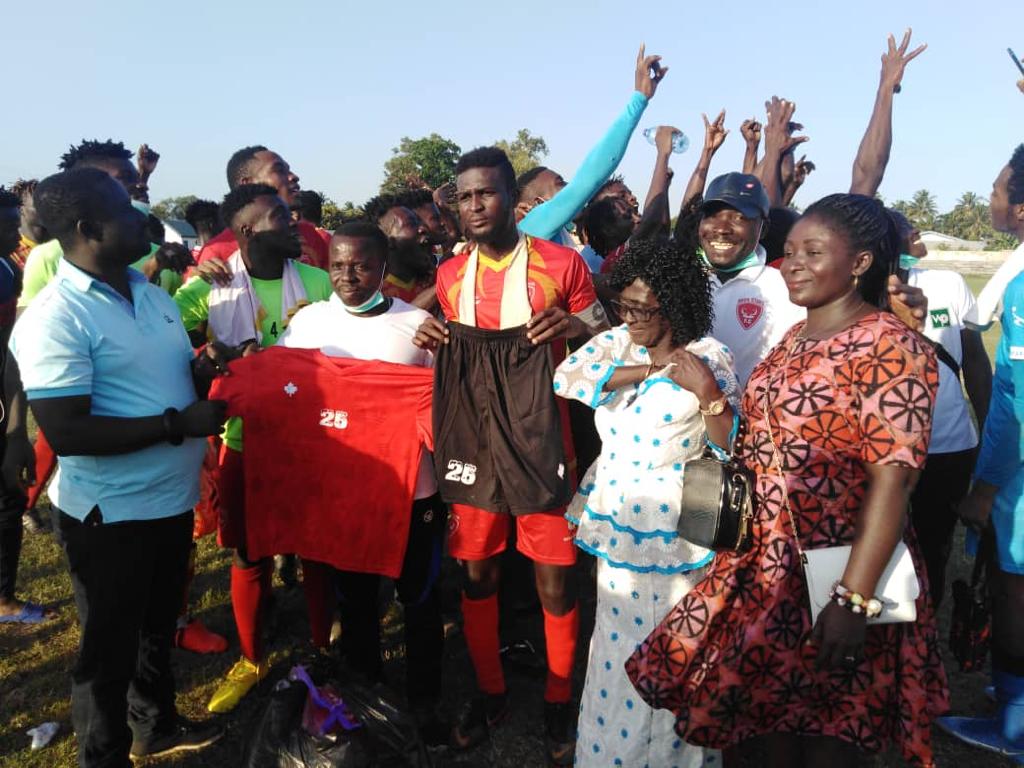 This is the second time the youngster has donated to the Division One League club he left early this year.

Last month, he promised a cash bonus to his former teammates ahead of their clash against Zone II leaders Gold Stars but Unistar failed to win.

He had scored seven goals midway through the first round of the second-tier league.

That earned him a call up in a preliminary Black Stars squad (predominantly home based players) ahead of the 2021 Africa Cup of Nations qualifiers against South Africa and Sao Tome and Principe.