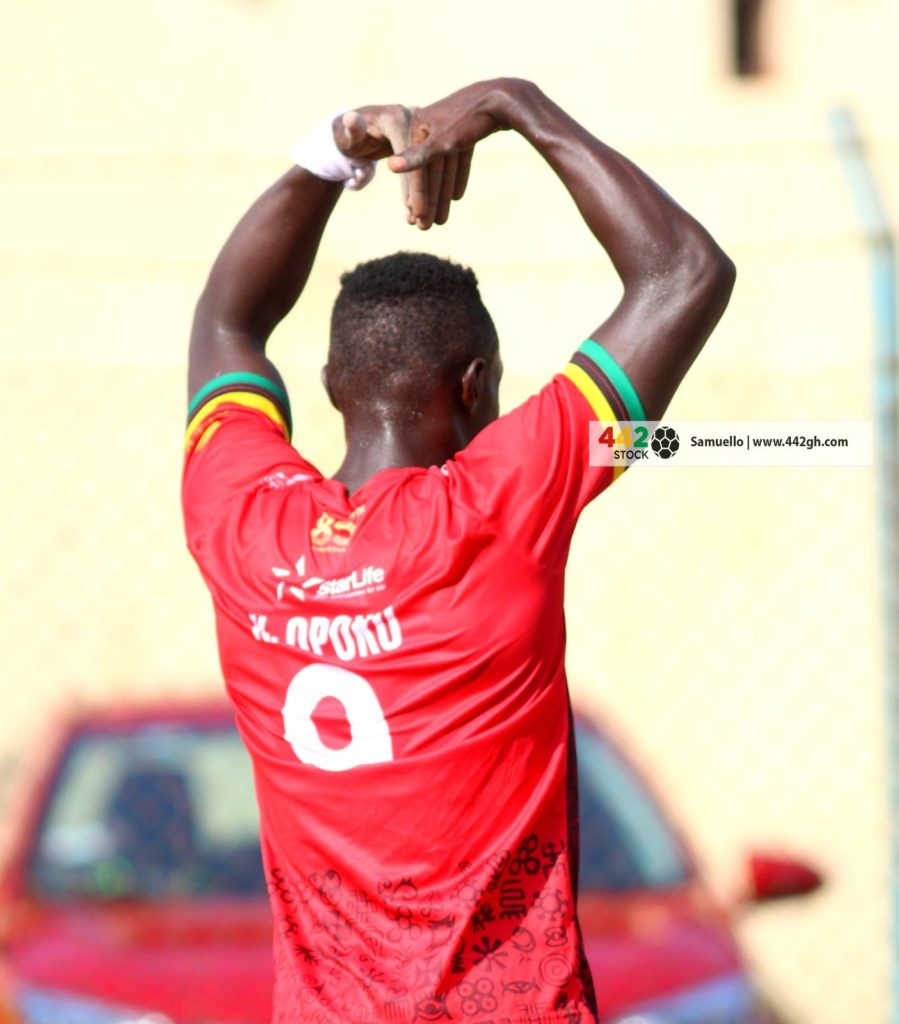 The 21-year-old forward completed the move on Wednesday after signing the necessary documents.

Opoku will be moving to North Africa after the double AFCON qualifiers against South Africa and São Tomé later this month.

The prolific forward who signed the deal in the midst of his parents will be handed a personal car when he arrives in Algeria and will take a month salary of €15000.

Having joined the Porcupine Warriors from Nkoranza Warriors at the start of the season, the strong forward has been Kotoko’s main source goals scoring eight in all competitions.

Kwame Opoku is currently in camp with the Black Stars preparing for the Nations Cup qualifiers.

He was also on the radar of rivals ES Setif who have already acquired Daniel Lomotey. Egyptian giants Zamalek were also interested in the attacker.