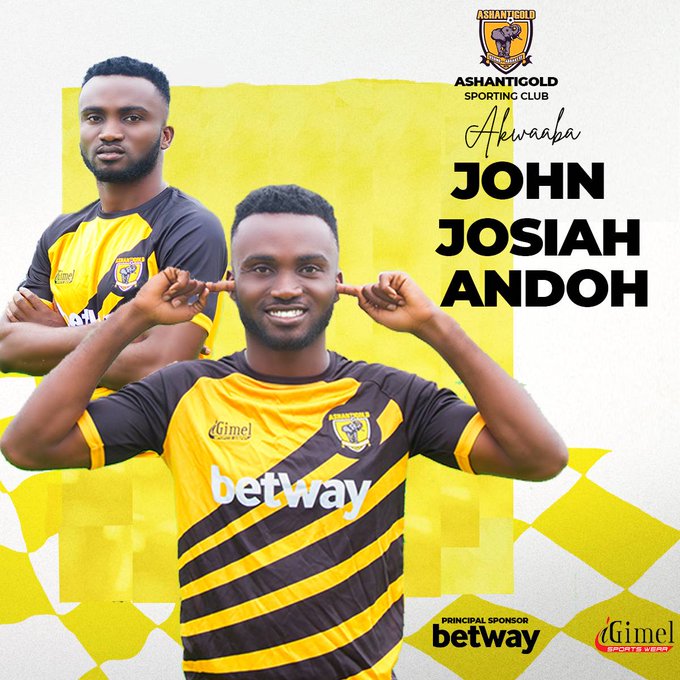 AshantiGold have made midfielder John Josiah Andah their fifth signing in the off-season.

The offensive midfielder was acquired from Berekum Chelsea and has put pen to paper to a five-year contract.

Another unknown youngster Abdul Salam has been unveiled after signing a three-year contract.

AshantiGold begin our 2021/2022 Ghana Premier League campaign with a visit to Techiman to face Eleven Wonders.