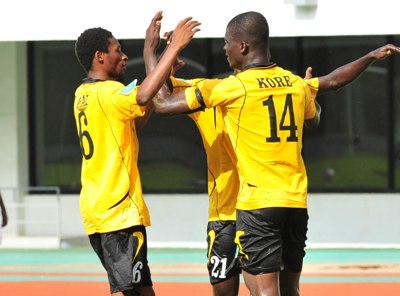 AshantiGold Chief Executive Kudjoe Fianoo believes his side can topple Kotoko over at the top of the Ghana Premier League table.

The Miners have won all of their seven league matches in the second half of the league and are now eight points behind the leaders.

AshGold have a game at home against Kotoko in the penultimate fixture and can whistle down the points.

In addition, Kotoko play Hearts at home next week in the Ghana Premier League derby and might drop points.

''AshGold went on top of the league last two seasons and everyone felt we had won it but eventually we couldnâ€™t so it's no different fromÂ  this year. It can happen to the one on top as well,'' Fianoo told local radio Time FM.

AshantiGold are not in action this Sunday after their match against Berekum Chelsea was rescheduled due to the latter's participation in the CAF Champions League.