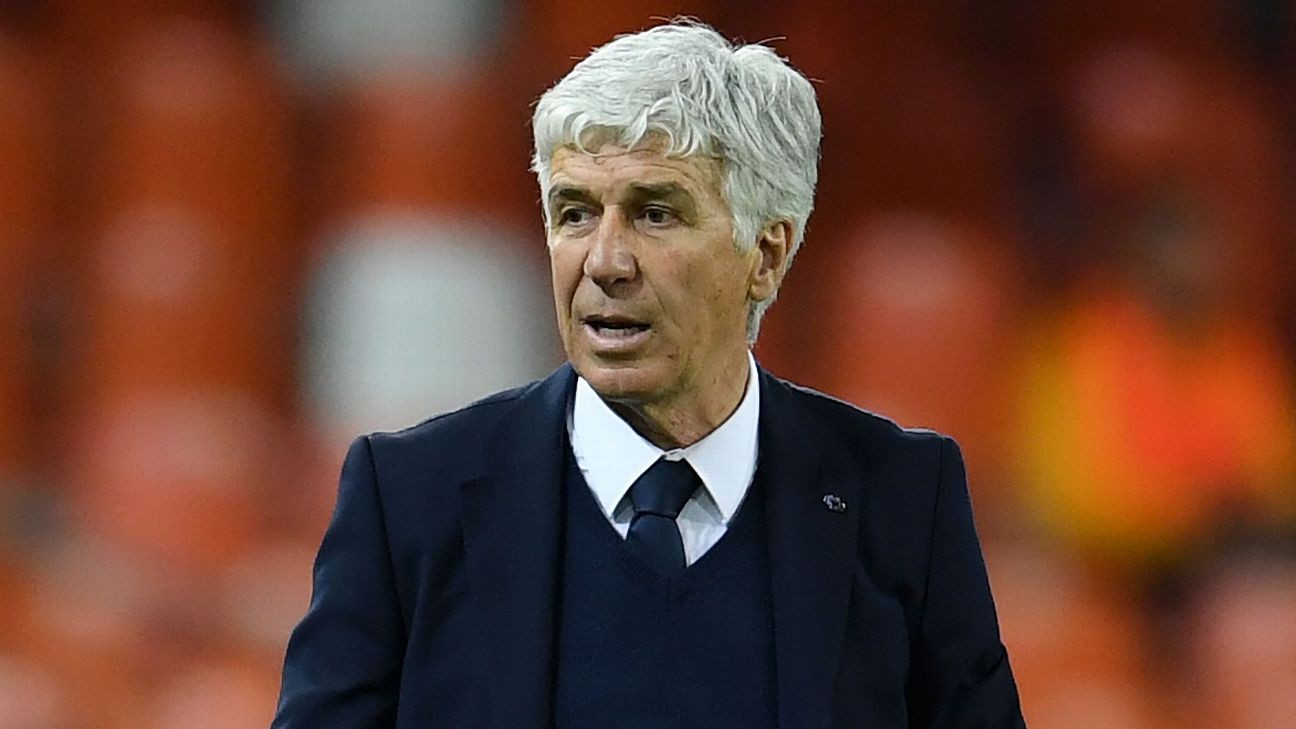 Ale Moreno questions if Atalanta can replicate the success they had over two legs against Valencia. Sid Lowe says Andrea Agnelli's comments show owners "know the price of everything and the value of nothing". Duván Zapata scores a hat trick in Atalanta's 7-2 trouncing of Lecce. Watch Serie A on ESPN+. Relive some of the best goals seen over the years from the Champions League. Frank Leboeuf recalls almost signing for Dortmund the year before the team captured their first UCL title.

Atalanta manager Gian Piero Gasperini said he was ill before his side's Champions League round-of-16 second-leg clash in Valencia and that later tests showed he had contracted coronavirus.

The Serie A side are based in Bergamo, which has been the worst-hit region in terms of coronavirus deaths in Italy, and a leading doctor from the area said their first-leg match with Valencia at the San Siro stadium in Milan had accelerated the spread.

"The night before the match in Valencia I was ill," Gasperini told La Gazetta dello Sport. "The afternoon of the match, I was even worse.

"On the bench, I was feeling awful. It was March 10. The two previous nights in Zigonia [Bergamo], I didn't sleep much.

"I wasn't feverish, but I felt so worn down as if I'd had was 40C (104F). Every two minutes, I'd hear an ambulance go by. There's a hospital nearby. It felt like wartime.

"I'd say it jokingly, for exercise. But I would really think it."

On March 10, the Italian government ordered a total lockdown and that was when football was stopped in the country. In the subsequent days, Gasperini said he began to feel better.

"I felt fine, strong. The worst had passed. I stayed in Zingonia for three weeks. Later I went to Turin, always respecting social distancing measures with my wife and children.

"Despite not having a fever, I did the test. Ten days ago, the tests confirmed I had had COVID-19. I have the antibodies, but that does not mean I'm immune."

Serie A recently announced top-flight football would return in the country from June 20.

The Champions League was stopped midway through the round-of-16 second-leg ties with Atalanta having qualified for the quarterifinals for the first time, and Gasperini said the pain in Bergamo would drive his side on in the competition.