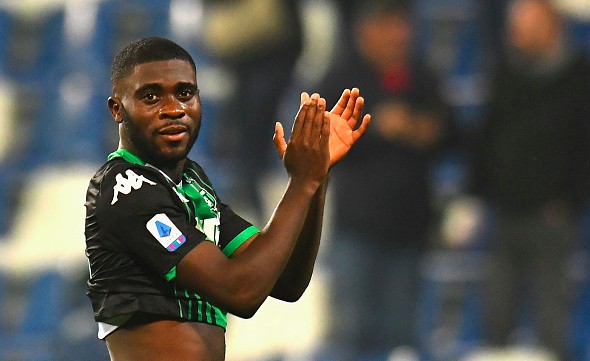 Jeremie Boga has been one of Sassuolo’s stars throughout the 2019/20 campaign and the French-born Ivorian international has reportedly a transfer target for Atalanta.

The 23-year-old scored 11 goals and provided four assists in 34 Serie A in 2019/20, and with no sign of Josip Ilicic returning as yet, La Dea are looking to add more attacking quality to their squad.

According to La Gazzetta dello Sport, Sassuolo CEO Giovanni Carnevali is not willing to let one of his prized assets go, but Atalanta are serious about their intentions and they believe that they can persuade the Ivorian.

The Orobici believe that he would suit the attacking philosophy of Coach Gian Piero Gasperini and form a great understanding with striker Duvan Zapata, and he would have the opportunity to play in the Champions League.

Boga has also been linked with Napoli but Atalanta are convinced that their project should be enough to convince Boga to move to Bergamo.