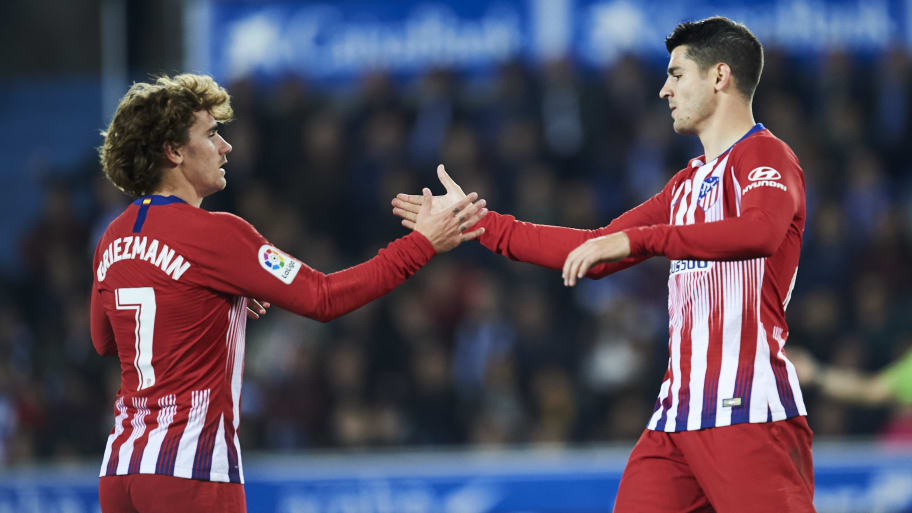 The Spaniard has been of interest to Barça over the last few years, with a move nearly materialising in January.

90min revealed at the time that Atletico boss Diego Simeone had blocked the Catalan giants' proposed move for Morata - currently on loan at Juventus - with Xavi a fan of the former Chelsea forward.

Juve still need to decide whether or not to exercise their option to purchase the Spain international for €45m, while Atletico are said to be similarly unconvinced over Griezmann.

The Frenchman returned to Spain's capital in 2021 on loan with the option of another year, with an obligatory permanent transfer clause worth €40m set to be activated in 2023.

The meeting between Alemany and Marin is thought to have included discussions on how to avoid paying hefty lump sums with a swap deal in the upcoming window. That would allow Barça to finally sign Morata should Juve opt against their option to buy, while Griezmann could stay at Atleti without the club needing to fork out a significant amount of money.

31-year-old Griezmann has scored three goals and registered another three assists in 24 La Liga games for Simeone's side this season, while Morata has managed eight Serie A strikes while playing in tandem with new strike partner Dusan Vlahovic.