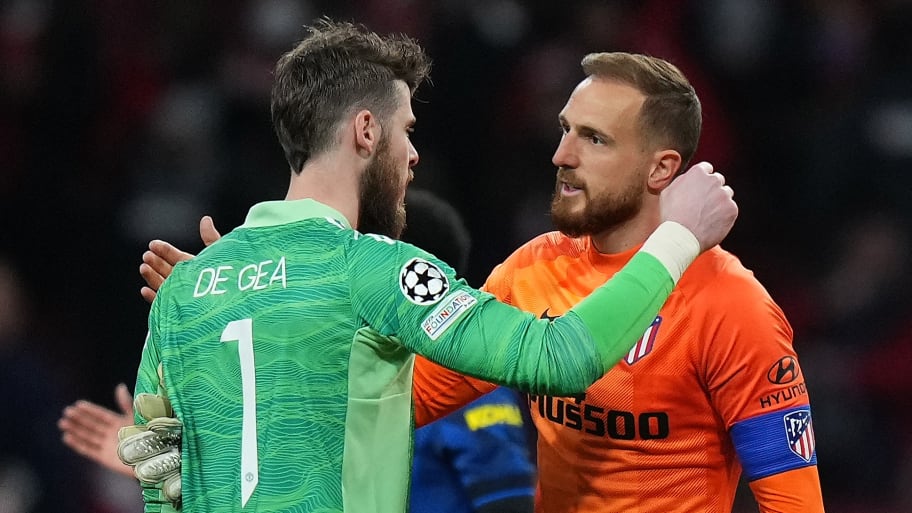 De Gea is out of contract at the end of the current season, and while United have an option to trigger a year's extension to his deal, no decision has yet been made on his future.

The Spaniard is one of United's senior players and highest earners, and his ability to adjust to new manager Erik ten Hag's style of play has come into question since the Dutchman's appointment. He is expected to remain as the club's number one for the season ahead but doubts over his future remain in the long term.

Atletico, meanwhile, are considering their options in goal ahead of next season, despite having agreed a new six-year deal with current number one Jan Oblak in July. The deal has not been officially confirmed by the club, however, it is understood to have been signed.

Oblak’s form has dropped off this season and despite the contract only recently being signed, he is understood to be unsettled at the club at present. He is now understood to be considering his options and a departure in the next year is possible, with Atletico scoping out potential replacements in case it happens.

The 29-year-old is not short of admirers, many of which are from the Premier League, and 90min has been told that playing in England is a huge ambition for the player. Chelsea, Tottenham and Manchester United have all been linked in recent years.

Sources have confirmed to 90min that Atletico are looking at replacements and the Premier League is looking like the most likely hunting ground at this point.

They have been linked with Aston Villa’s Emi Martinez, but 90min understands that they are actually keeping close tabs on three Spanish internationals, namely Brentford’s David Raya, Brighton’s Robert Sanchez and De Gea.

Raya and Sanchez are both hoping to start for Spain at the World Cup finals, and Atletico have been keeping tabs on both since last year.

A player they don’t have to do too much work on is their former star De Gea, who is set to be available for nothing next summer at this point. De Gea’s current deal expires in 2023, but United do have a year's option – but talks are now ongoing within the club as to whether to extend it, or not.

De Gea still has plenty of fans within the corridors of power at Old Trafford, but he is one of the club’s highest earners and head coach Erik ten Hag is understood to be undecided at this point as to whether extend his stay.

De Gea has long been linked with a return to Spain and almost joined Real Madrid in 2015.