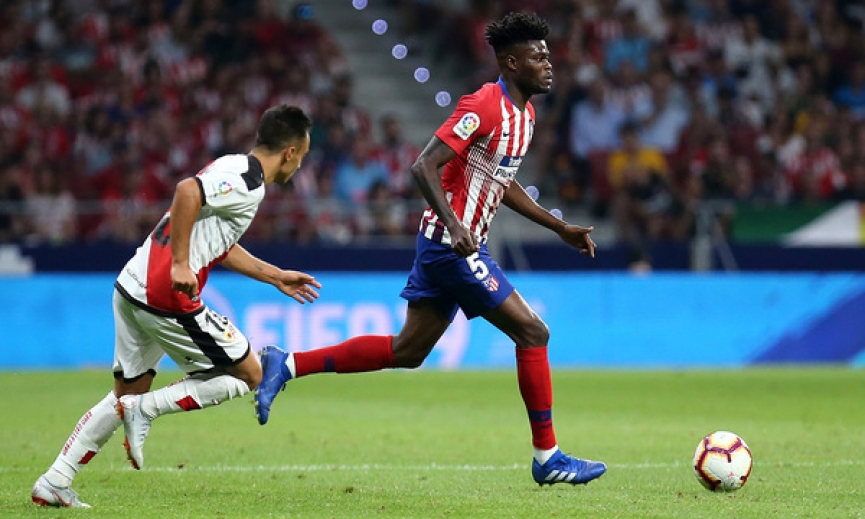 Atletico Madrid have decided to double the wages of star midfielder Thomas Partey in order to fend off interest from Premier League giants Arsenal, Ghanasoccernet.com understands.

Arsenal are reportedly keen to sign the Ghanaian this summer. The Gunners are said to have made contact with the player's agent over the last two months,

The 26-year-old has a relatively affordable £43.5million release clause which Arsenal believe that they can afford.

However, as per Guardian, Atletico are keen to hold on to their star midfielder and have offered to double Partey’s salary of £65,000-a-week to make him one of the highest earners at the club on £130,000-a-week.

The new deal would remove Partey's current release clause and also ensure that his new clause would be worth 100m, which would no doubt price Arsenal over a potential move. It remains to be seen though whether the player himself agrees to a new deal, considering that he still has three years left on his current contract with the club.

Partey has impressed all and sundry with his performances and is in his fifth year with Atletico, with the midfielder making 174 appearances so far, while scoring 15 goals.